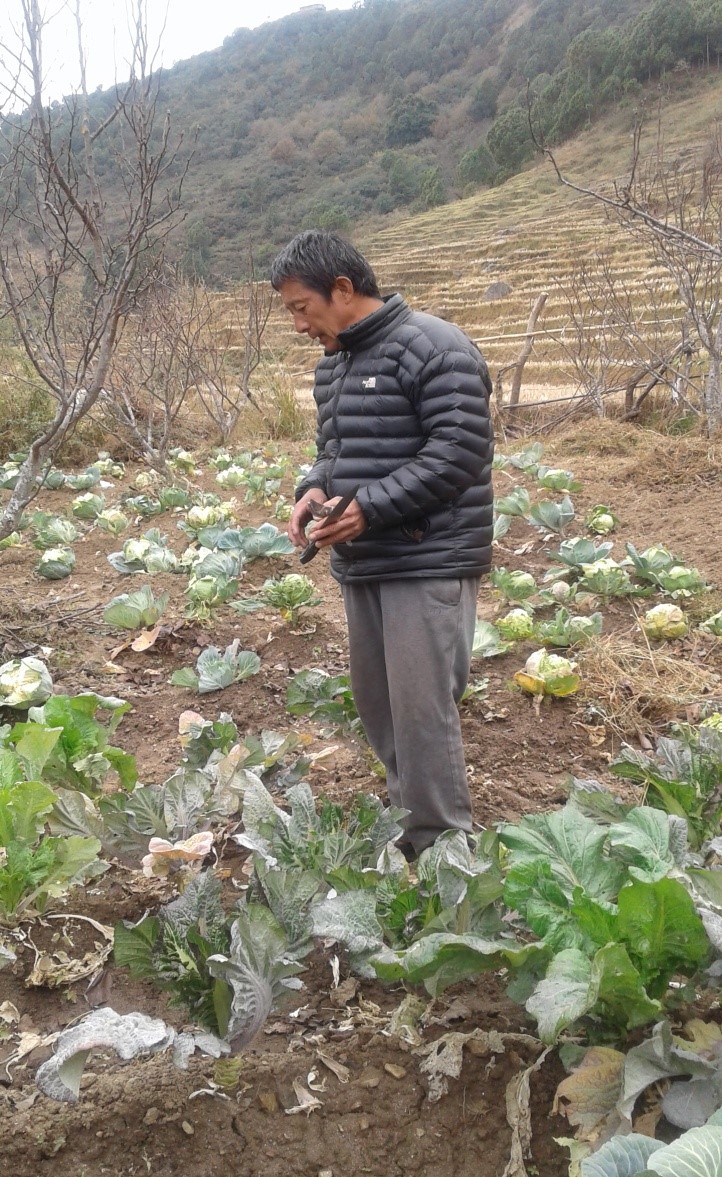 A farmer of Meanbi gewog in Lhuentse Dzongkhag, Mr. Tshagay, 50, has 2400 packets of vegetable seeds (carrot, radish, broccoli, and spinach) available for the sale this year. The seeds are tagged with the price of Nu. 20/- per packet.

Mr. Tshagay is one of the progressive farmers who is also a registered seed grower in the gewog following the seed production training that he availed from ARDC, Wengkhar in 2012 and a refresher course in 2016 from the support of CARLEP. The ARDC, Wengkhar conducts the seed production training to the farmers of the six eastern Dzongkhags annually with the funding from CARLEP to make the region sufficient of the vegetable seeds, and, also to provide an additional source of income to the farmers. 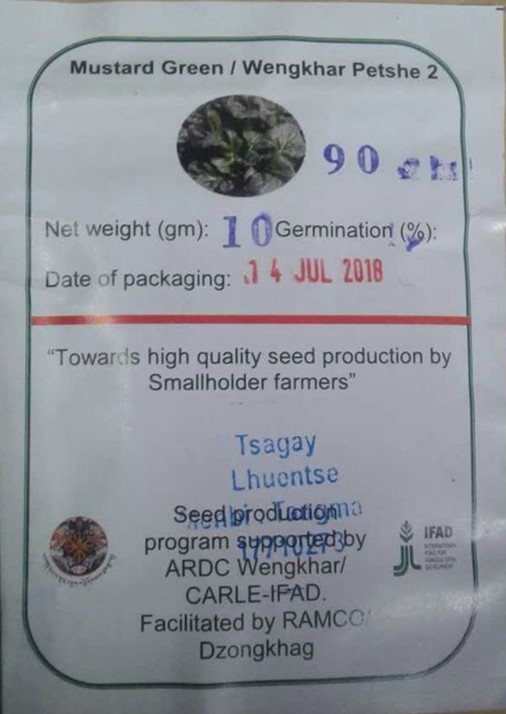 Every year, Mr. Tsagay earns an income ranging from Nu. 20,000 – 60,000/- solely from the sale of vegetable seeds. This year, Mr. Tshagay is expected to earn about Nu. 48,000/- from his 2,400 packets of seeds. According to him, the seed production is a lucrative activity and has an assured market.

The CARLEP through ARDC, Wengkhar and the Dzongkhag and Gewog Agriculture Extension Office supports the farmers like Mr. Tshagay in the production inputs such as nursery raising, irrigation, and the post-production activity like packaging and facilitating in marketing.