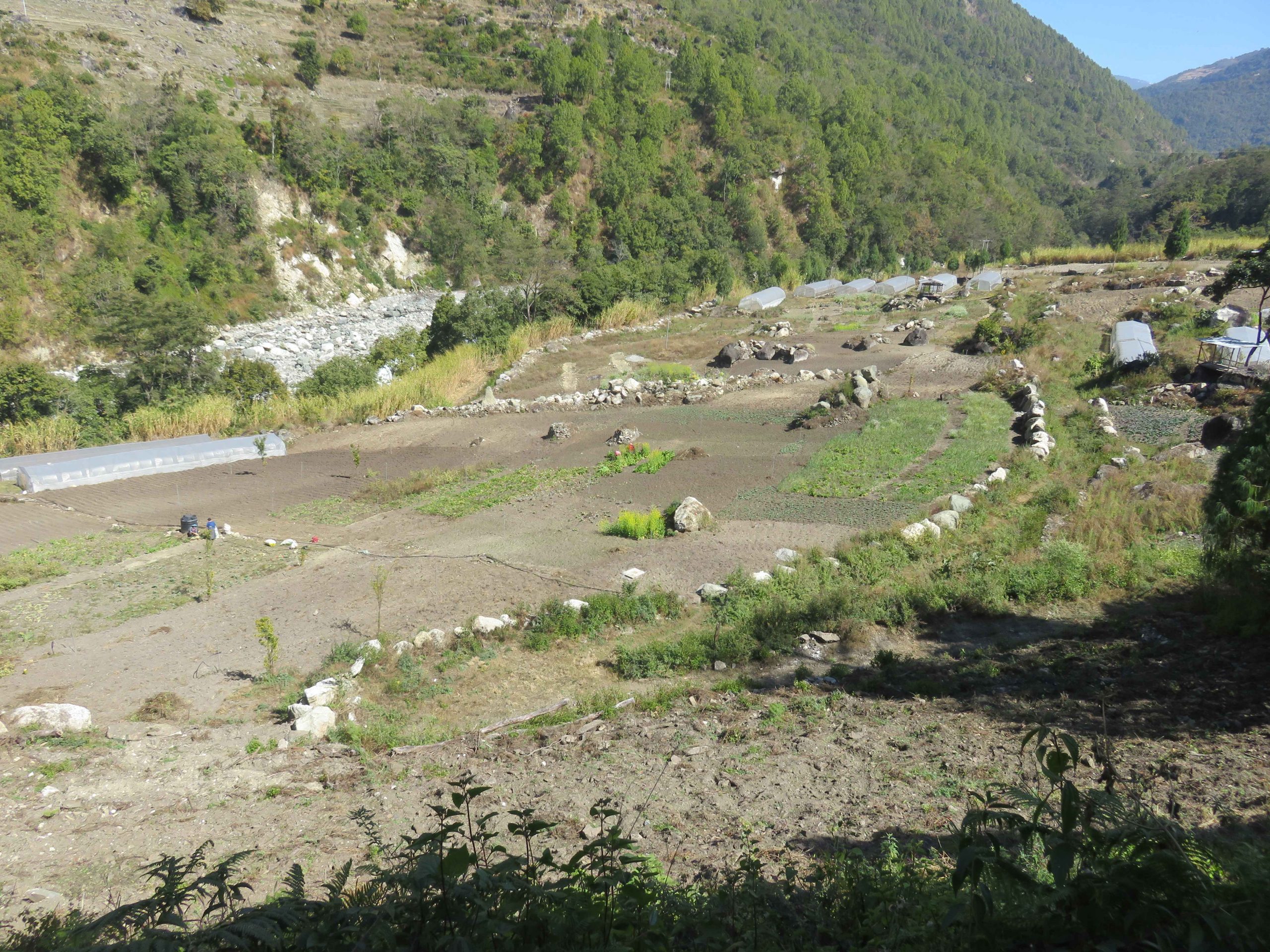 Radhi, popularly known as “the rice bowl of eastern Bhutan,” is Trashigang’s most abundant rice producing geog. Radhipas also cultivate vegetables and are self-sufficient. Despite having suitable land for vegetable production, the farmers of Radhi have been producing vegetables solely for household consumption. During the lean season, some farmers depended on imported vegetables while leaving their farmland fallow due to insufficient irrigation water, human wild life conflict and rugged terrain with stones. In this regard, Dzongkhag and Gewog Agriculture Sector initiated numerous development initiatives such as training and awareness on vegetable growing techniques, land development, electric fencing, seed supply, and many others with the goal of increasing local vegetable production while minimizing the dependence on imported commodities. The establishment of Chuthawong Commercial Vegetable Farming is one of the gewog’s exemplars of vegetable intensification among different projects.

A total of 27 acres of dry land belonging to the Pakaling village in Radhi Gewog, Trashigang, was converted into a commercial vegetable intensification site with funding from CARLEP-IFAD and technical assistance from ARDC Wengkhar and the Dzongkhag Agriculture Sector.

Prior to two decades ago, the village primarily grew maize and pulses on that fallow land, which they frequently traded for butter and cheese. With the rising population of wild animals, crop infestation and depreciation became more severe in the ensuing years, thus the land was left fallow. In 2007, the community attempted to revitalize fallow land by developing an integrated agricultural system using Sustainable Land Management Project (SLMP) funding, however the initiative failed owing to water constraint.

In 2019, Chuthawoong Commercial Vegetable Farming group was formed and the bushes were cleared. Subsequently, land development began on 24th March 2020 with fund support from CARLEP. Chuthawoong Commercial Vegetable Group constitutes of 27 members, of which 10 are females. The group is further divided into three sub-groups namely Khudumpang Detshen, Tsamang Detshen, Aumtsu Detshen and each group is allocated a specific plot for higher productions. Two of the three subgroups are heterogeneous (men and women) while one is homogeneous (women).

The group cultivates a variety of vegetables on developed land, including potato, chili, cabbage, tomato, cauliflower, broccoli, beans, eggplant, and leafy vegetables, while chili and tomatoes are extensively produced within the greenhouse, particularly during the winter months. In addition, to avoid soil erosion, the organization has planted over 10,000 Napier slips on bunds and in unproductive fields.

The group has market links with three schools, including Rangjung Central School, Radhi Middle Secondary School, and Pakaling Primary School, and also sells its produces at the Trashigang, Rangjung, and Kanglung markets.

“We feel satisfied and contented as we were able to supply chili and tomato worth Nu.100,000 within the Dzongkhags during the national lockdowns, when the nation required ample of veggies”, says, Kinzang, a member of the group.