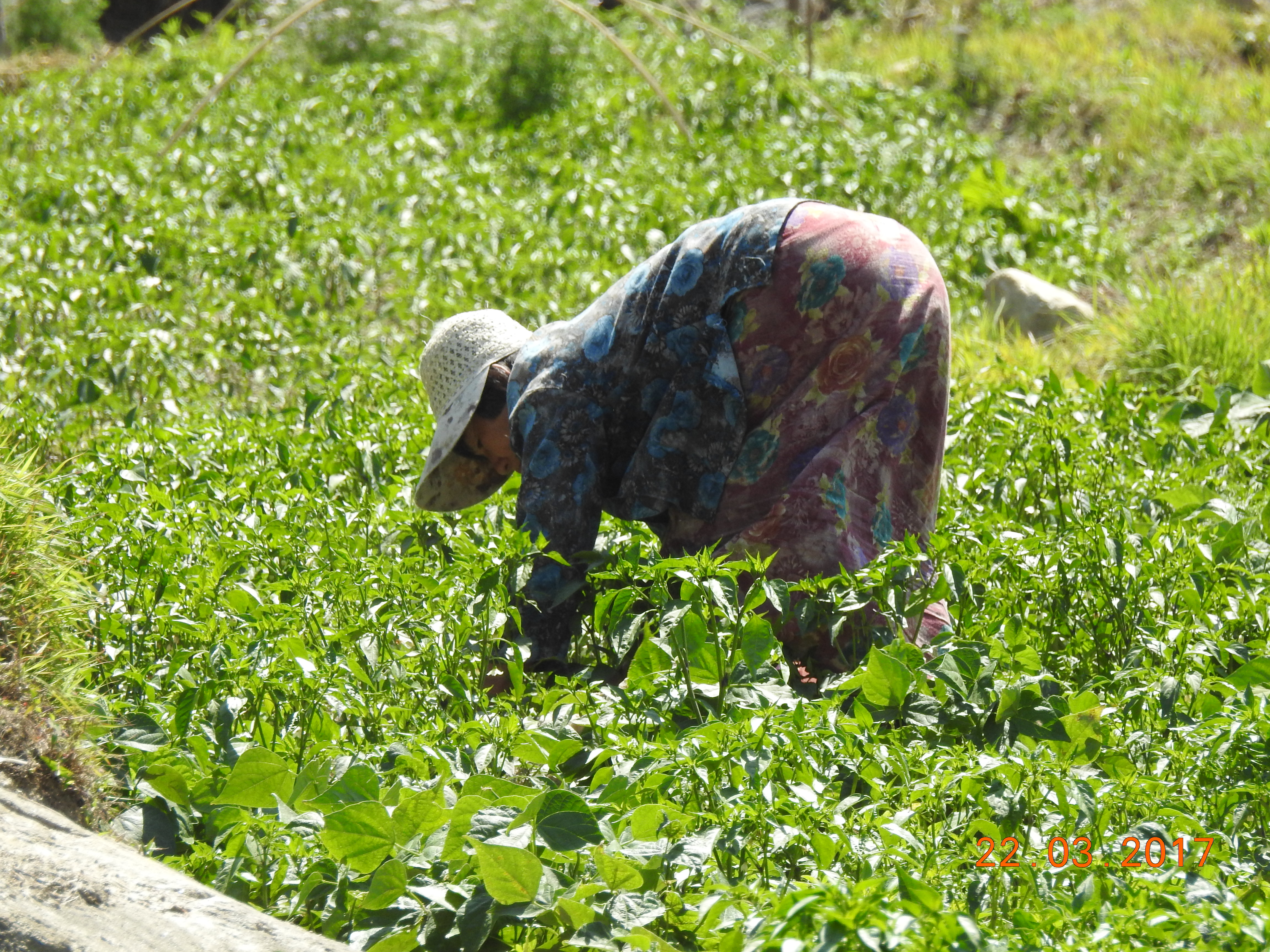 Wangrimo of Ramjar geog, Trashiyangtse Dzongkhag was identified as a ‘Commercial Vegetable site’ by the Dzongkhag under CARLEP’s funding in 2016-17 Fiscal Year.

A total of 15 acres of wetland in the village was brought under ‘Early Chilli production’, engaging 50HHs (35 HHs were female headed).

In April this year, a total of 5MTs of chilli was harvested, of which, 2 MTs were marketed to the Centenary Farmers market, Thimphu at a price of Nu. 210 per kg, while the remaining chilli was marketed to the nearby Doksum and Yantse town at a farm gate price ranging from Nu 120-150 per kg.

Wangrimo was promoted as a commercial vegetzable site under CARLEP because of its suitable agro-ecological potential for the warm sub-tropical fruits and vegetables.

The Agriculture Research and Development Center (ARDC) based at Wengkhar has also supported the village with the water melon seedlings earlier this year.

Unlike in the past, the early chilli and ither vegetables of Wangrimo this year gave a good yield mainly because of the adequate water supply. The prevailing water shortage issue in the village was addressed after the construction of a water reservoir tank measuring 12 m3 at the total cost of Nu. 0.546 Million, which was met through CARLEP’s budget to the Dzongkhag.

In addition, the farmers of Wangrimo received various exposure tours and trainings under the facilitation of the geog agriculture extension through CARLEP’s support.

In early this year, 15 farmers (8 male and 7 female) had the 11 days visit to the southern part of the country to get familiarized on the agricultural practices.

Similarly, another 4 days farmer’s extension visit was facilitated to 14 farmers (5 male, 9 male). They visited various farms within the Dzongkhag.A vegetable production training was also conducted with some selected farmers in the village.

To have the land under full utilization, the Agriculture Extension has also distributed 9300 numbers of Cardamom rhizomes and the assorted vegetable seeds in the village.

Meanwhile, in order to address the marketing problem especially in the peak vegetable seasons, a market shed in the village is also under construction. The shed is expected to safely store the vegetables in the case of excess harvest.

The production supports in the village rendered by CARLEP-IFAD routing through Dzongkhag and geog agriculture extension has increased the economic return of the farmers and also equipped them with various agricultural practices after the exposures tours and tranings.

Thus, the village will henceforth continue the commercialization and production of vegetables in an intensified manner next to paddy.