Dairy Farmers of Gongthung will Immensely Benefit from the New MCC 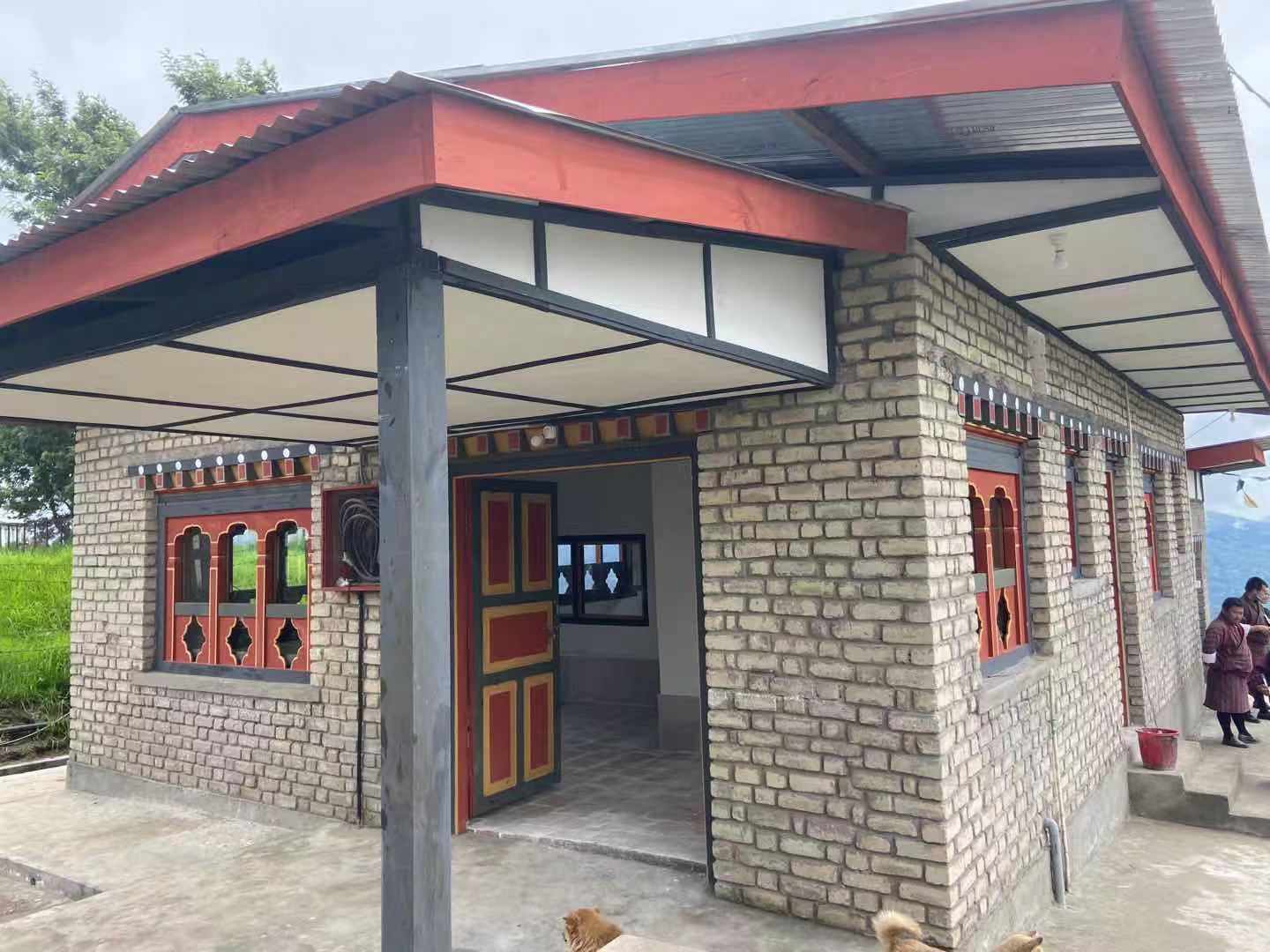 A dairy group of Gongthung, Druk Chigthuen Namlay Tshogdey constitutes of 33 members (60% of the member is female) from Layphu and Shokhang chiwog. The group was established in 2010 and has been operating in old MCC constructed on private lease land for 10 years.

On a daily basis, the group produces around 300-500L of milk per day both in summer and winter. The group is market-linked to Koufuko international Limited (KIL), Chenari and sells the milk at Nu.35/L daily. On average, the group earns an income of Nu.260,000 per month from the sale of fresh milk to KIL. Of the total income earned in a month, only Nu.3,300 is deposited, each member depositing Nu.100 every month in the joint saving and the rest is divided among the members based on the quantity sold by each member. To date, the group has a savings of around Nu.200,000.

The dairy farmers in the gewog are being supported with milk chillers, deep freezers, milk cans, a butter churner and fodder development in the area with fund support from CARLEP-IFAD. Currently, each member of the dairy groups has taken up fodder development in at least 1 acre of land, which has helped them with higher milk production in all seasons.

Albeit the group has been functioning well with higher milk production, they were challenged with space congestion in old MCC and also expiration of the contract period for the private lease land. Therefore, the Dzongkhag Livestock sector with the assistance from gewog administration leased government land for the construction of the new MCC at Gongthung. With fund support from CARLEP, the new MCC worth of Nu. 1.5M has been constructed with a standard structural design guideline of RLDC Khangma in collaboration with the Dzongkhag Livestock Sector. The new structure will not only help the dairy groups to address drudgery reduction while transferring milk but also help in maintaining proper hygiene and sanitation. With the incorporation of larger space in MCC, the group will be able to perform better, thus increase the intake of more milk from the dairy farmers, therewith increasing dairy products self-sufficiency and reducing imports within the country. Moreover, it will help increase return to smallholder dairy farmers.

With the new structure put in place with better facilities and assured market with KIL, a total of 24 number of dairy farmers have joined the dairy group.