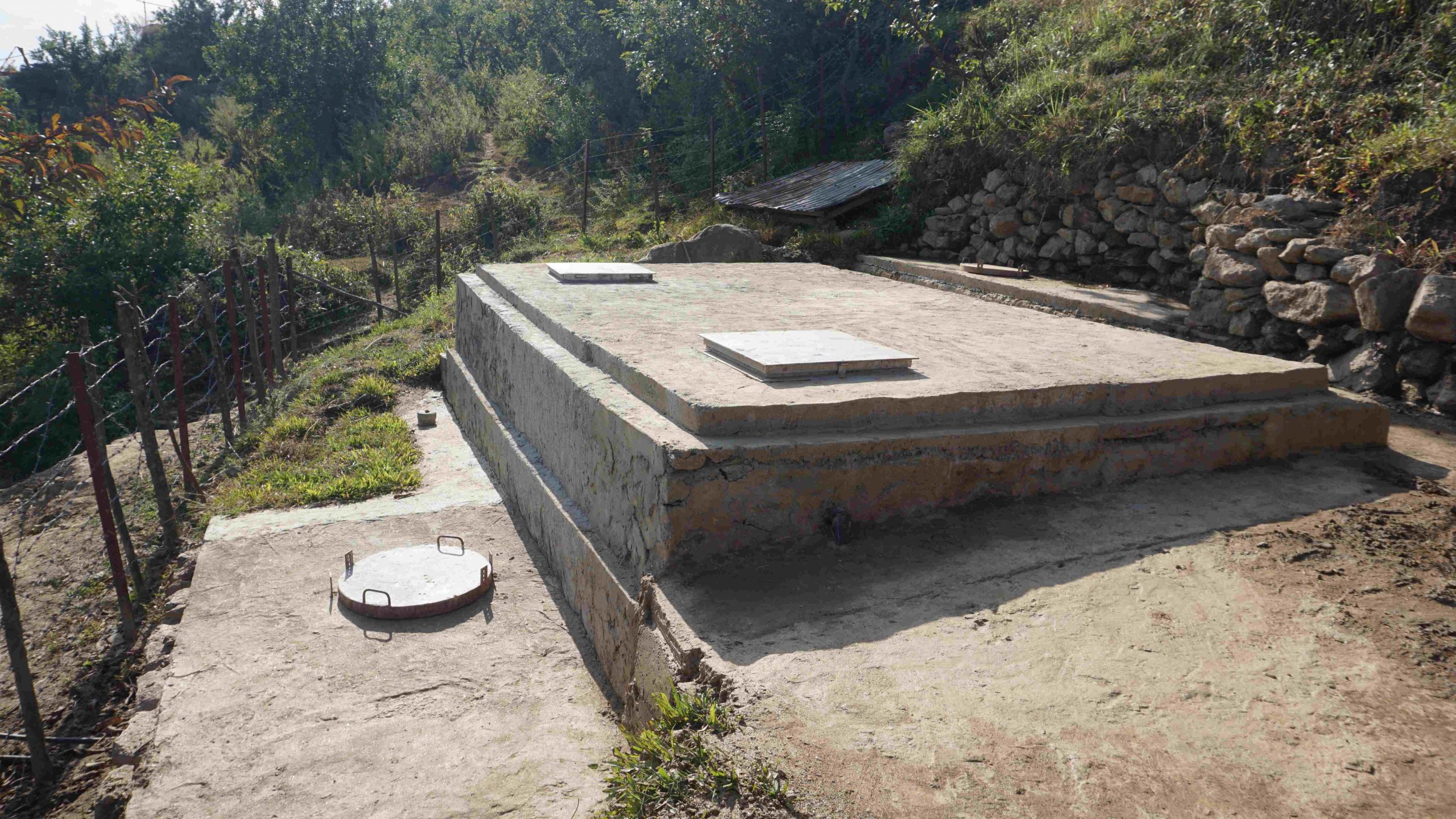 Khamdang is one of the dryest gewogs under Trashi Yangtse Dzongkhag. The people of Khamdang Gewog have been challenged by an acute shortage of water for ages. The Buyang stream, the only source for both drinking water and irrigation, would hardly suffice the farmers of Khamdang for drinking purposes, let alone for commercial vegetable production. Therefore, dryland irrigation was constructed as the best attempt to solve the water scarcity at the gewog with fund support from CARLEP, thereby improve sustainable rural livelihoods through sustainable crop production for food and nutrition security, poverty alleviation, employment creation and rural economy development. The scheme was inaugurated on 20th November 2019 and put under full utilization since then.

Right after the completion of the scheme, a water user association (WUA) was formed to prevent disputes among the users. The group is accountable for managing any operation and maintenance needed for the irrigation scheme.

Currently, the water is being shared equally on a timely basis by the water caretaker appointed by a group. In a day, water is being released 2-3 times depending upon the volume of water tapped in the reservoir tank. Unlike in the past, Khamdang farmers now have sufficient access to water for drinking and irrigating the kitchen garden. Until recently, the farmers have expanded their kitchen garden from 0.5 decimal to 10.2 decimals. Not only have the farmers started producing their vegetables but also started growing vegetables for the market for income generation. A total of 8 households have started producing surplus vegetables for sale and have made good returns from the vegetable sale amid the COVID 19 pandemic.

A Case Story of Mrs. Kinzang Choden: An Impact of Dryland Irrigation on Enhancing the Livelihoods

Mrs. Kinzang Choden, a 55-year-old from Pachu village is one of the beneficiaries of the dryland irrigation. Initially, Kinzang only grew rainfed maize and groundnut on her ancestral land for ages just like her ancestors owing to water shortage. Most of her land remained fallow during the whole winter months like many farmers in her community. Albeit with water crises, Kinzang and her family managed to maintain a small kitchen garden with area coverage of 0.5 decimals for vegetable cultivation in the backyard.

But now, Kinzang has expanded her area under vegetable cultivation from 0.5 decimal to 10 decimals with the construction of the scheme. Kinzang feels that her life has changed since the construction of the irrigation scheme at the gewog. She can now grow sufficient season-based vegetables throughout the year without worrying about water availability for irrigation and sell the surplus in the local market. For the very first time, she could sell surplus vegetables and earned an income of Nu. 15000 from the vegetable sale in FY 2020-21. With the income generated from vegetables, Kinzang now plans to get into mass production through intensification and expansion of vegetable production while building resilience to climate change. Unlike in the past, she is now aiming for gradually transitioning from subsistence farming to commercial farming of market-focused agricultural commodities.

Kinzang’s earnings from vegetables have instigated many farmers in the gewog to go for vegetable production especially during the winter season. Moreover, the construction of dryland irrigation has encouraged many farmers for the reversion of their fallow land for vegetable cultivation. In the coming fiscal year, the gewog extension office plans to form a vegetable group and link the group to nearby schools and institutions for steady income generation. Moreover, farmers are hopeful and ecstatic about venturing into vegetable cultivation like Mrs. Kinzang Choden due to the promising income-earning opportunities as the gewog is located near the Kholongchu hydro project vicinity.