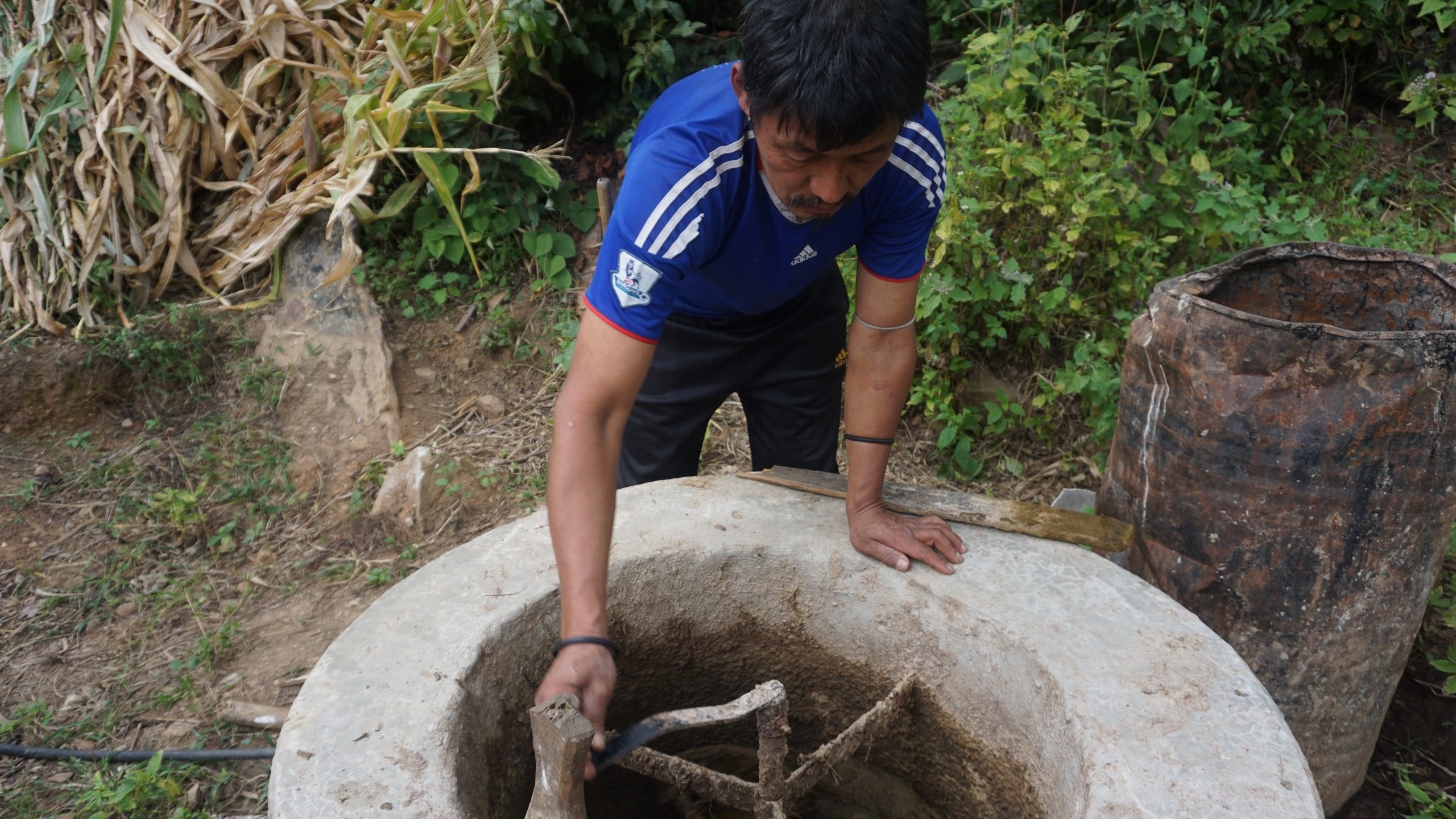 Biogas technologies is still at adoption stages in rural Bhutan. Until the introduction of biogas, farmers did not realize the potential of animal waste as a source of renewable energy. In the past, the use of animal waste was limited to farm-yard manure production.

The Annual Outcome Survey (AOS) 2019 shows that electricity and firewood are two major sources of energy for cooking in rural Bhutan before the installation of the biogas unit. Smallholder farmers largely depend on firewood, from cooking to brewing alcohol, leading to an increased carbon footprint. Likewise, inadequate access to Liquid Petroleum Gas (LPG) has added to the dependency on firewood in many villages. In the view of mitigating GHG emissions and promoting a healthier lifestyle with efficient resources, biogas has been promoted as an alternative source of energy in those CSVs involved in dairy farming. The AOS 2019 reported that 83% of biogas users have decreased use of firewood, liquid petroleum gas (LPG), electricity, and kerosene as a source of energy for cooking.

A Case of Biogas User: Kuenzang Lhamo Shares Her Views on Biogas 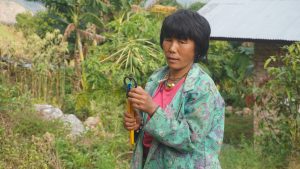 Kuenzang Lhamo, 50, is one of the 48 beneficiaries of Ngarpentang village under Thangrong gewog, Mongar who received support for biogas plant installation from the project in 2019. Since the installation, Kuenzang and her family have reduced the dependency on firewood, Liquid Petroleum Gas (LPG) and electricity to biogas consumption to meet the cooking and heating energy needs.

Kuenzang feels that the energy from the biogas suffices her daily needs for LPG.

“In a day, I prepare three meals and a morning tea using biogas. It has been more than enough for our family”, says Kuenzang.

In addition to the LPG replacement, Kuenzang feels that the adoption of the biogas has saved their household expenditure on purchasing LPG and their time.

“Despite the busy schedule, we used to travel almost 3-4 hours to refill our LPG cylinder once every three months. Besides the refill cost of Nu. 670, we have to bear the transportation cost of Nu. 800”, Says Kuenzang.

Kuenzang and her family express that life has been much easier since the adoption of the biogas plant. The family has been able to save time and money by no longer having to collect firewood or purchase fuel for cooking or chemical fertilizers for farming. The money, which is otherwise spend on LPG, is either deposited in savings or spend on purchasing household items. 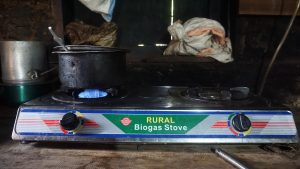 Although Kuenzang and her family adopted the biogas plant with a bit of reluctance and concern at the beginning, now, Kuenzang is very satisfied with the biogas and is instigating other farmers to install biogas for multiple benefits.

Kuenzang says, “In the beginning, I assumed biogas management would be difficult and laborious, now that I am using it, it is much easier to handle and I suggested my friends to go for biogas”.

Kuenzang feels that the adoption of biogas has enabled a safe and clean environment for her families especially children.

Kuenzang and her family especially women are now focused on dairy farming and vegetable cultivation- improved diets and income generation from the sale of more products in the local market.

“Since we no longer have to go for firewood collection, we can focus on home processing of cottage cheese and butter and others. Now, we make an income of around Nu. 3000 to 5000 a month on average from selling dairy products, eggs and vegetables in local markets”, says Tshering, 54, a neighbor of Kuenzang.

Kuenzang and other biogas users in her community have also benefitted from improved soil by using bio-slurry on their farm. Production is intensified and diversified, thereby building more resilient to the impact of climate change.

“Aside from feeding my family with nutritious and healthy vegetables, I am contented that I can sell the surplus in the local market. Since the establishment of a nutrition garden early this year, I have sold more than 25 Kgs of vegetables and earned an income of around Nu. 1000-2000 from selling vegetable alone for the first time”, Tshering added. 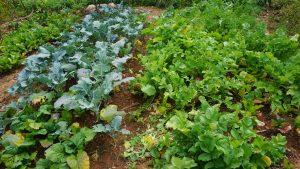 Like Kuenzang’s family, the installation of biogas has benefitted many smallholder dairy farmers in eastern Bhutan with consistent guidance and technical assistance from the project implementing agencies including Agriculture Research and Development Center, Wengkhar, Regional Livestock and Development Center, Khangma, and RNR sectors.