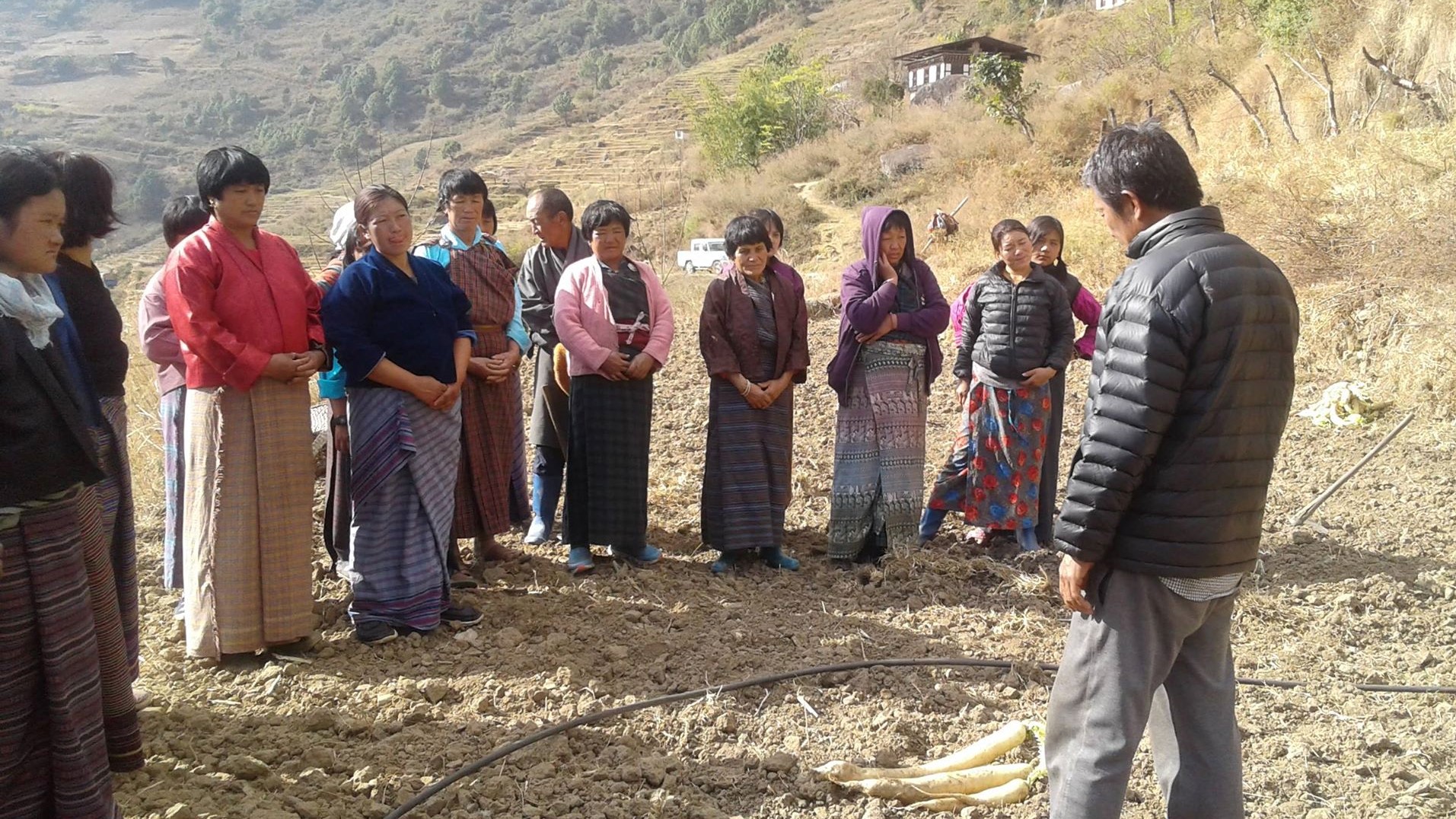 Mr. Tsagay, 50 years old, from Menbi gewog, is one of the progressive farmers in Lhuentse Dzongkhag. He first received the training on ‘Vegetable Seed Production’ at Agriculture Research and Development Center (ARDC, Wengkhar) in 2012. In 2016 as well, Mr. Tsagay received the same training from the support of CARLEP to ARDC which then boosted the confidence in himself to disseminate his knowledge and skills to other fellow farmers.

On 12th January 2018, with the facilitation of the Gewog Agriculture Extension Officer (GAEO), Mr. Tsagay provided the training on ‘Vegetable seed production’ to 40 farmers (28 female. 12 male). The day-long training program covered the practical session on the production of seeds for radish, cabbage, spinach, cauliflower, and broccoli. He has also demonstrated to the participants about the bed raising specifications for each crop.

According to the GAEO, the training was delivered to address the following aims and objectives:

The Commercial Agriculture and Resilient Livelihoods Enhancement Programme covered the training expenses to further support the farmers like Mr. Tsagay who are the sole skillful person in the village. Moreover, CARLEP supports Farmer-to-Farmer extension services so that all the agricultural farmers equally the receive training and others support to promote agriculture commercialization in the region.

Meanwhile, seed production has proven as a lucrative income source to those farmers who are been trained by ARDC for the last couple of years. In an average, each seed producer was found making an income of 10,000- 60,000 Ngultrum in a year.