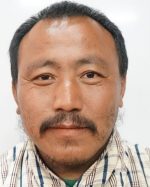 Dawa Yoezer, a 48-year old retired principal from Jangdung under Saling gewog, Mongar became a lead farmer after completing the lead farmer training program at ARDC Wengkhar in FY 2017-2018. since the training, he has not only imparted the skills and knowledge of modern farming technologies but also presented the opportunities to diversify the income source.

Currently, Dawa Yoezer is one of the active and exemplary lead farmers with a diverse income source. He is into integrated farming growing vegetables and mixed fruit crops in his model farm. He has generated a steady income from the sale of vegetables and fruits.

His income has been supplemented through mushroom cultivation, which he began with the skills and knowledge acquired during the training. He also began raising more than 500 nos. of avocado seedlings, which would fetch Nu. 250 per seedling within this year. 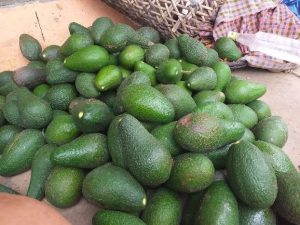 His farm has become an exemplary model and has encouraged other farmers to adopt modern farming technologies. He has voluntarily trained other farmers on fruit orchard management through pruning, training, and thinning. He will continue to support other farmers by sharing his knowledge acquired during the training.

Dawa shared how his training has helped him earn higher income through modern farming practices.   In the past, he earned comparatively earned less than Nu. 10,000 in a year from farming. At present, with the training he received, his income has been multiplied up to Nu. 86,200 a year.