Carlep > News > Inauguration of the youth dairy farm in Jamkhar

Inauguration of the youth dairy farm in Jamkhar 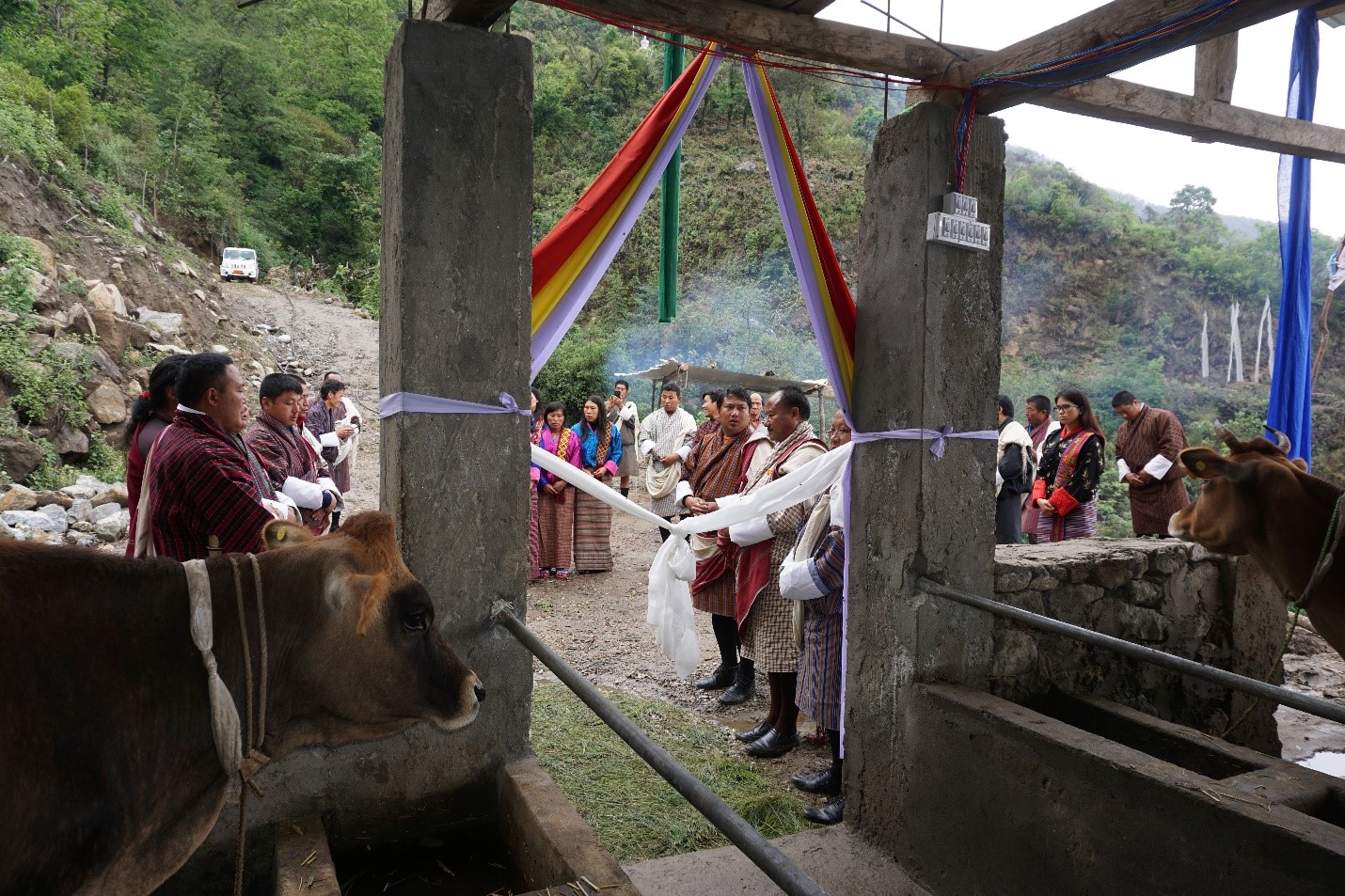 The local leaders, gewog administration, other officials and the community members inaugurated a dairy farm in Jamkhar gewog on 8th May 2018. The inauguration celebration was accompanied by the Programme Director of CARLEP along with the Livestock Officials of Trashiyangtse Dzongkhag.

Nazhoen Gonor Yarphel Tshogpa- a dairy group in Laishomkhor village in Jamkhar gewog was first founded by six early school leavers in 2017. The youth teamed up to establish a commercial dairy farm in a total of 8 acres’ land on lease.

With the various supports rendered by the gewog administration, community, livestock sector, and the loan from REDCL, the youth group worked on establishing the fodder and fodder nursery and construction of the cattle shed for almost ten months before the Dzongkhag Livestock reached them with 12 jersey heads in April this year. These jerseys are insourced and purchased for the group with the financial assistance from CARLEP – the project which supports the promotion of commercial dairy value chain to sustainably enhance the livelihoods through alleviation of poverty.

Today, the group gets about 10-15 liters of milk every day from the four milking cows while rest are on gestation. They currently do the cheese and butter marketing in the local markets of Doksum and Yangtse town. However, in the future, the group is expecting to do the fresh milk marketing and get linked with the Kofuku International Limited (KIL) in Trashigang.

Adding to the already unique feature of this group by youth is the complimentary benefits the community members are currently harnessing out of it. The group is serving as the ready market of cheese and butter to almost 25 adjacent smallholder households of Jitshang, Largab and Shangshari village. The farmers of these villages directly sell their cheese and butter to this youth group who are then transporting it into the distant and larger market of Doksum and Yangtse town.

The Nazhoen Gonor Yarphel Tshogpa is currently in full operation by five members (2 male and 3 female) by taking a weekly turn to manage the farm. The group also has a poultry farm. Currently, there are about 150 layer birds and another 250 birds will soon be added in the stock.

With the successful establishment and promotion of a commercial farm like Nazhoen Gonor Yarphel Tshogpa, CARLEP expects to substantially increase the income generation of rural farmers and actively engage the youth in farming to curb down the National issue of youth unemployment.