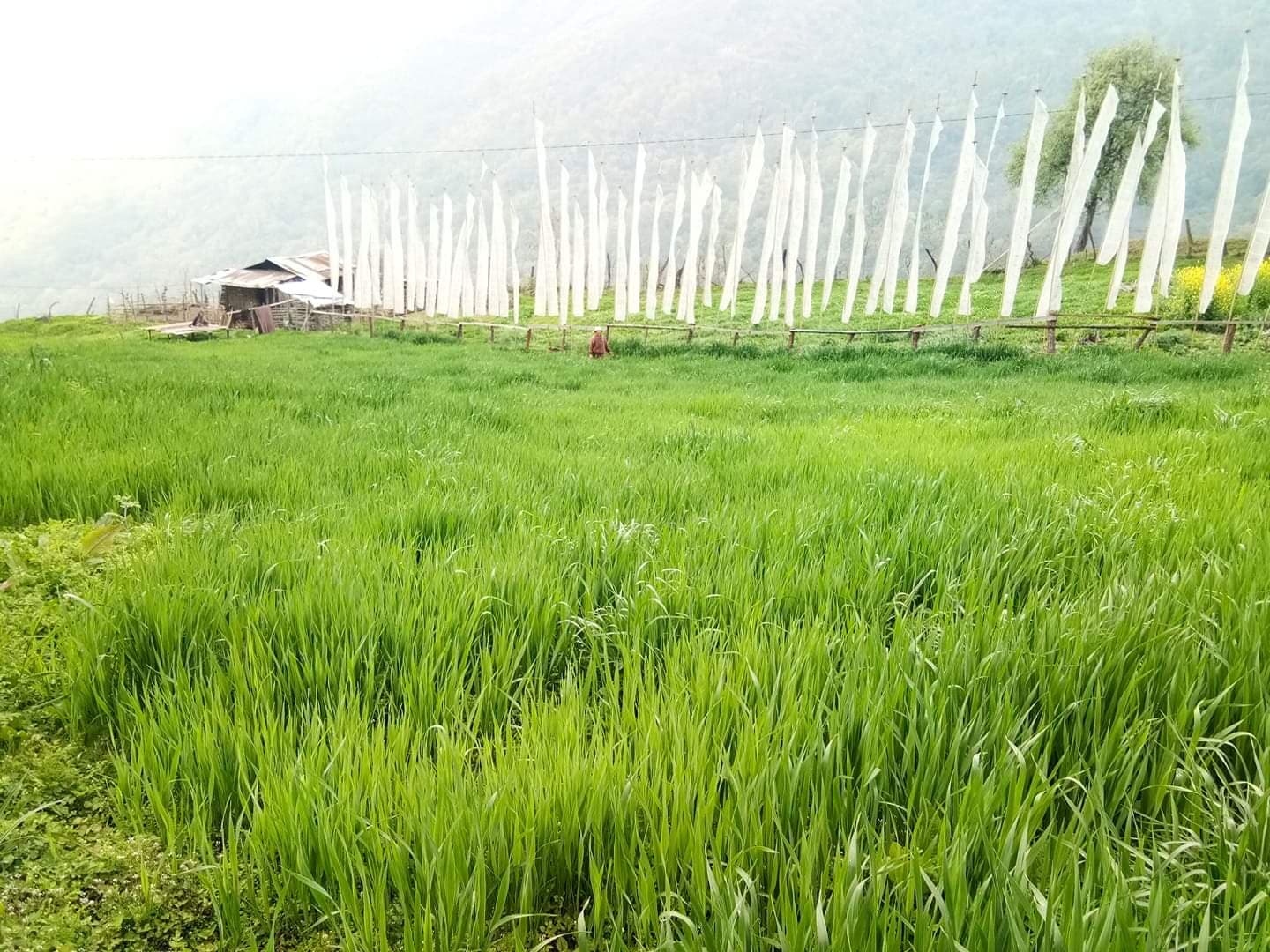 This FY 2019-20 alone, the Lhuentse Dzongkhag has developed 146 acres of winter fodder, one acre per household covering all the eight gewogs. In total, 146 HHs have benefited from the program. After learning and witnessing how fodder shrubs can be incorporated into the farm, benefits to production, and incomes, the Lhuentse dairy farmers have started growing fodder and are using them to feed their cows. The farmers are reported to have seen great improvement in milk production compared to the previous years. Not only have fodder shrubs dramatically improved milk production but it has also helped farmers to reduce dependency on commercial feed. Moreover, farmers are contented with the multiple benefits received from using the fodder shrubs and are aiming to achieve 1802 MT of milk by the end of this fiscal year.

The fodder production in the Dzongkhag was initiated through Programme’s support by providing fodder slips, pasture seeds and barbed wire for fencing. The barbed wire was supported on a cost-sharing basis where the beneficiary contributed 40% and the CARLEP supported the remaining 60 % of the cost.

Besides, the farmers were also supported with the subsidized purchase of improved cows (Holstein Friesian and Jersey Cross) based on the cost-sharing model of 70:30 where the beneficiary contributed 70 % while the Programme contributed 30 % of the cost. The farmers also received support for the construction of improved cattle sheds for the construction materials like CGI sheet and cement with beneficiary contributing other construction materials and labor. Dairy farmers are also supported with vital production equipment such as milk cans to transport milk safely from their farm gate to the collection point.

The Programme also supported the purchase of electrically operated chopping machine to dairy farmers on a cost-sharing basis (60 % CARLEP contribution, 40% beneficiary contribution) to reduce drudgery in cutting fodder and minimize fodder wastage. This intervention also aims to promote and encourage fodder conservation for the dry season, and improve the digestibility of animals, thereby enhancing milk production.