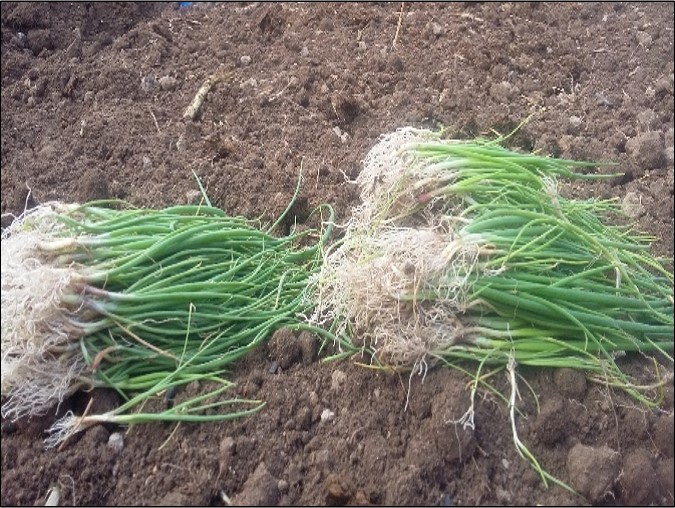 Located at the altitude ranging between 900-1200masl, Phonshing chiwog of Samkhar gewog in Trashigang is suitable for the production of the temperate vegetables including the red bulb onion. In 2017-18 fiscal year, the gewog agriculture extension office with the seeds support from CARLEP initiated the production of bulb onion with the farmers’ group of Khabti and Lungtenzampa village.

A total of 8 households were involved in the ‘Phongshing Onion production’ group in 2017, who produced about 1200 kilograms of red bulb onion. According to the statistical record of the gewog agriculture extension officer, out of the total production, around 900 kilograms of onion are sold in the local markets of Ranjung and Trsahigang town at the price ranging from 50-100 Nu per kilogram. This could fetch the group an amount of Nu. 45,0000/-, which is saved in the common saving account opened with BDBL (Bhutan Development Bank Limited).

Today, the Phongshing Onion Production group is planning to expand the onion production area from the initial area of 5 acres to 6-7 acres. The cultivation for this year shall probably start from October month, and the product shall be ready for the harvest in the next four months.

According to the report from gewog agriculture extension officer, the popularity of the onion production is gradual increasing among the farmers because of its higher shelve life compared to other leafy vegetables.

For the vibrancy and sustainability of the Phongshing Onion Production group, the group is also planning to grow various other vegetables from the coming seasons.