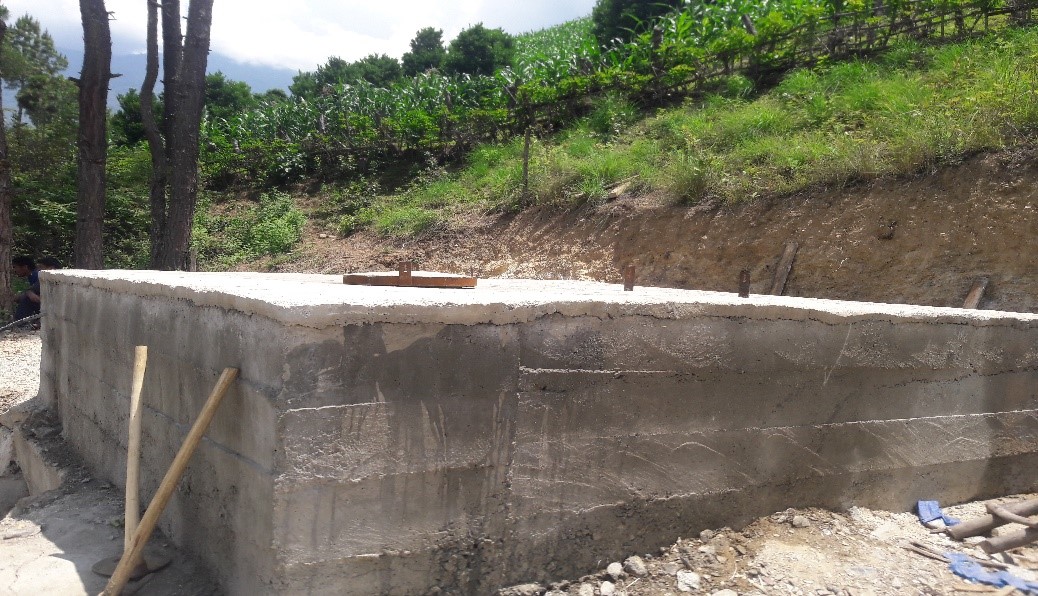 Pangjakpa village under Chali gewog is located 4KM away from Gangola, a Mongar-Lhuentse highway junction, towards the Lhuntse highway. The Pangjakpa has 12 households with a cumulative landholding of 25 acres of arable dryland. The size of cultivable land varies for every household. The village has a dry subtropical climate with suitable weather for growing year-round vegetables such as cole crops, root crops, solanaceous crops, and other commodities.

Despite the favorable weather conditions for winter vegetable cultivation, Pangjakpa farmers were confronted with acute water shortages. Insufficient water for irrigation has discouraged farmers to go for commercial vegetable cultivation. Subsequently, the fields are left fallow during the winter months. To address the issues of acute water shortage for winter vegetable cultivation, the Gewog Agriculture Extension Office in consultation with the Gewog and Dzongkhag administration initiated the construction of the dryland irrigation with fund support from CARLEP-IFAD in FY 2019-2020.

A water reservoir tank with a  capacity of 6000 liters and two small tanks, worth of Nu. 0.6M was constructed with the project’s support, while beneficiaries contributed locally available raw materials such as gravel and sand, and labor worth Nu. 0.3 M. The water was tapped using a 60 mm HDPE pipe from the source at Wengru to the reservoir tank. The length of the source to the reservoir tanks is 1.8KM.  A well-distributed piped network using HDPE pipe 25 mm distributed water to every individual household. The construction of the irrigation scheme has not only addressed the water shortage but also encouraged farmers to revert most of the fallow land to intensive cultivation of vegetables on a commercial scale.

Upon the completion of the irrigation scheme, the farmers began the cultivation of the vegetables as per the vegetable production plan developed in consultation with the Gewog Extension Office. Today, 14.4 acres of land are under vegetable cultivation. Since the intervention, the area under vegetable cultivation has increased from 7 acres to 14.4 acres, which is an increase of 105.71%. Likewise, there has been also an increase in vegetable production from 15.99 MT to 31.6MT, which is an increase of 97.6%.  Farmers grow chili, broccoli, cabbage, cauliflower, beans, onion, eggplant, and potato.

Table 1. The vegetable production with the area coverage Before and After the intervention

Subsequent to the increase in vegetable cultivation, farmers were able to generate more income by sustainably increasing the productivity of the land. The income generated from the vegetable sale has increased from Nu. 0.91 M to Nu.1.97 M since the project intervention.

In addition, an increase in farmers’ income is also attributed to production intensification, farmers’ group empowerment, and improved market access. Moreover, intensification and diversification of agriculture production have benefited farmers in terms of household nutrition through a more diversified diet from own production as well as purchases through the additional incomes.

At present, Pangjakpa farmers are fully engaged and are devoted to enhancing their livelihood through vegetable farming.

Table 2: Comparison of Income generated from vegetable sale Before and After Intervention