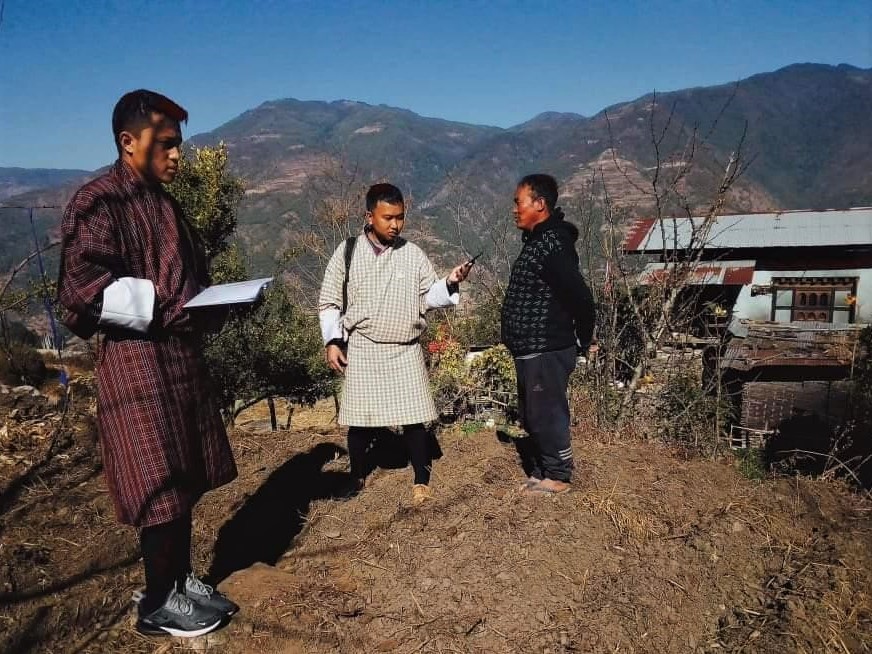 Commercial agriculture is taking shape in most regions of Bhutan as an ultimate source of income generation for sustaining livelihoods. It continues to be an important aspect in the development of rural economy throughout the country till date. Like many others, farmers of Radhi gewog grow vegetables as a source of income. Fifty year old farmer Tendrel Tshering, from Tongling pam under Trashigang Dzongkhag grows vegetables such as cabbages, cauliflowers, broccoli, and potatoes for commercial purpose. He earns Nu.34,000 annually which is mostly spent on basic necessities and for children’s education.

“I used to practice traditional farming which I had learnt from my parents and I had very limited knowledge about modern agricultural techniques before participating in a training organized by  ARDC Wengkhar”, he said. Many things have changed after the completion of his training in 2016. “I used to lose hope wondering about when my plants will bear fruit”, he said. “ After I applied the knowledge I gained from the training, the plants started to bear fruits with time and I felt immensely contented when I tasted them”, he continued.

He conveyed the knowledge and techniques about the importance of training and its enormous benefits to the people. He encouraged and motivated them to participate in such kinds of training. He not only taught the importance of grafting but also demonstrated the technique to his neighbours in Tongling pam village. The Tshokpa who is the head of the village said, “Tendrel became a role model in our village after he attended the training in Wengkhar. He has changed the mindset of many people.” He added that most people were uninterested about attending trainings in the past but now people come and ask him about opportunities to attend trainings. “Moreover, Tendrel always welcomes people who come to learn from him”, he said.

Thirty percent of the agricultural produce gets destroyed by birds and animals such as monkeys and wild boars. However, the Tshokpa expressed gratitude towards the Royal Government of Bhutan for providing unwavering technical support in combating agricultural losses. He added that he would be even more grateful if the government could provide them with further assistance in reducing fruit losses by building storage houses, providing crates for ease of harvesting and protective nets for protection of fruits from birds.