RECIPES FOR CHANGE: A Video Documentary Mission to Bhutan 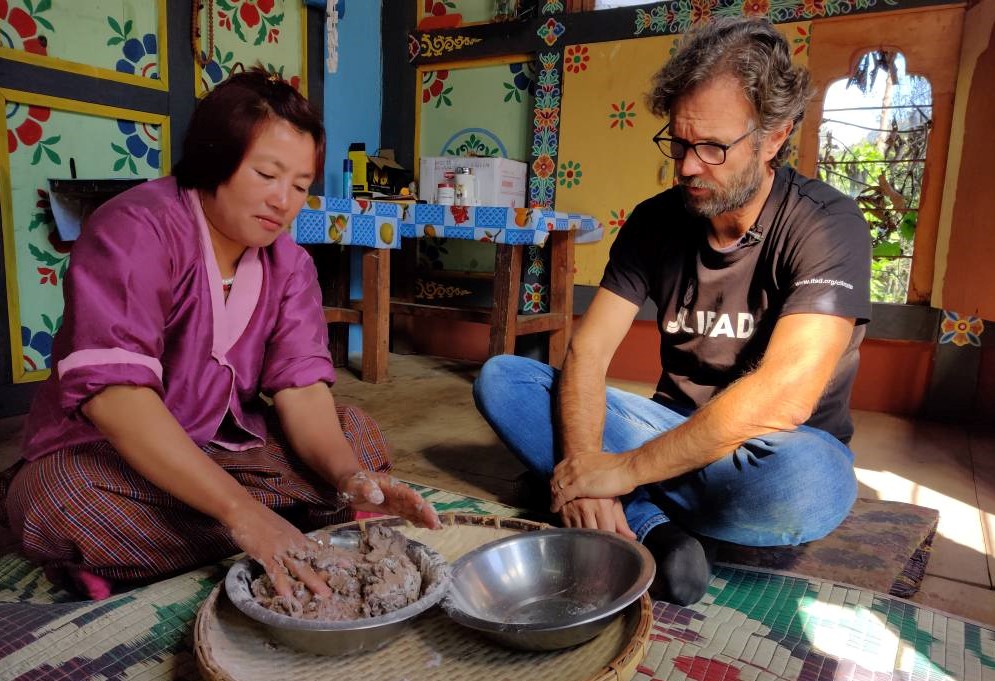 IFAD has launched a campaign ‘Recipes for Change’ -(R4C) to raise awareness about the impacts of climate change on food crops and traditional recipes, particularly in developing countries, and how small-scale farmers can adapt. A series of Recipes for Change online videos are being documented across the globe aimed at sharing the recipes from rural communities, being prepared in the homes of rural families, and using local ingredients that are threatened by climate change. Accordingly, CARLEP has identified two traditional recipes – Ema datshi and Millet momo to be video documented under the R4C programme.

The video has been filmed in a rural household at Ngalemang village under Bumdeling gewog, Trashiyangtse Dzongkhag from 12th to 18th October 2019 by the IFAD mission team including a well-known International chef Mr. Carlo Cracco.

The short documentary showcases the resourcefulness of the people in Bhutan. Further, the documentary displays how climate change affects their daily lives, their plans for the future, and the role of CARLEP, IFAD supported projects in strengthening resilience to climate change.