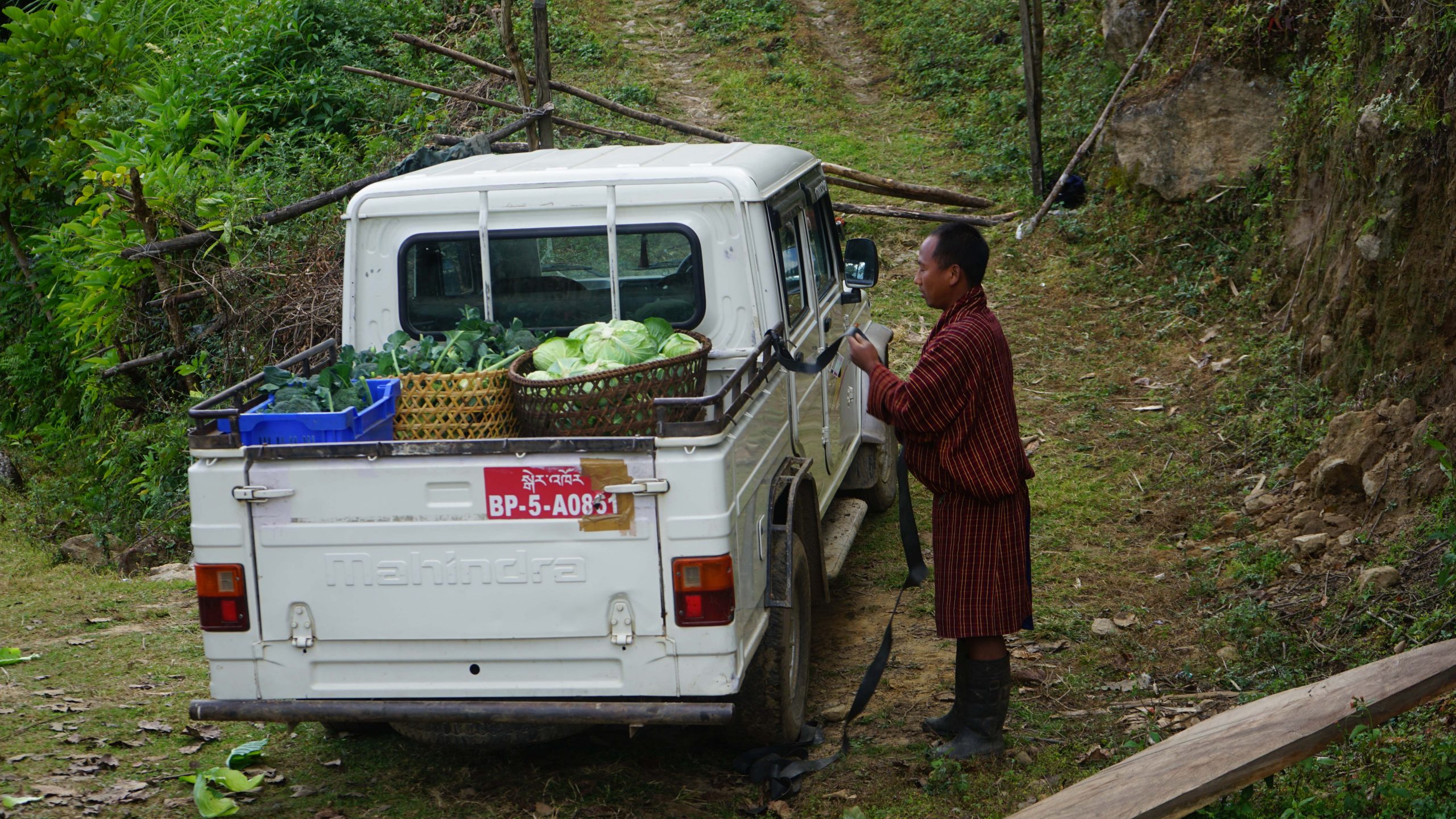 The government has directed MoAF to develop a white paper on the School and Hospital Feeding Program (SHFP) to meet the demand for RNR products in schools and hospitals through domestic production. As per the directives, the MoAF, MoE, MoH, and SOEs developed the White Paper on SHFP. It was presented to the Cabinet and was approved at the 32nd Lhengye Zhungtshog on July 30, 2019. On September 18, 2019, the government issued an executive order for the immediate implementation of a white paper on SHFP with clear instructions for relevant stakeholders. As part of the implementation of the white paper, a pilot project was conducted in Jakar and Trongsa Dzongkhag schools to supply locally produced RNR products. The evaluation found that both parties benefited from the program and the program will be expanded nationwide in 2019.

The school linking program is one of the most important components of the development of the vegetable and dairy value chain in the East. Since it was found that schools and institutions are the main buyers of vegetables and dairy products in the country, the program was seen as a way to generate income for farmer groups.

Out of 217 feeding schools in six eastern dzongkhags, 156 schools have been linked to 9332 FGs to date. For the academic year 2021, 88 new schools have been linked to 88 FGs to provide RNR products. RAMCO is continuously expanding the SHFP program to serve as many schools as possible to support more farmers to achieve the country’s major goal of self-sufficiency. The SHFP program in the East is being funded by CARLEP-IFAD.

RAMCO in collaboration with the Dzongkhags, Food Corporation of Bhutan Limited (FCBL), Farm Machinery Corporation Limited (FMCL) and Bhutan Livestock Development Corporation Limited (BLDC) has facilitated the linkage of 334 farmer groups with 156 feeding schools to date. Of the 156 linked schools, 88 schools are linked to the program in the academic year 2021 and the contractual agreement of 67 schools was renewed in the same year. A total of 2870 households (2870 male and 2669 female) from 69 gewogs and 34554 students have benefited from the program. Both schools and farmer groups are equally satisfied with the linking program, which has created a win-win situation for both parties. 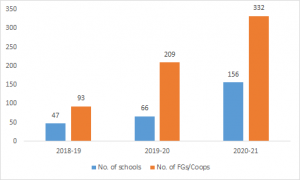 Total FGs linked with a school for the past three years

The school linking program has been doing well with many new FGs coming forward to link with schools. The total feeding schools linked was 93 in FY 2018-19 and increased by 76 percent in FY 2020-21.  78 percent of FGs provided RNR products to schools in FY 2020-21.

Benefits Of the Program

The program has helped the FGs and schools in many ways: i) improved household income for farmers through increased vegetable production and marketing, ii) secured market with fair prices, iii) improved production planning and management, iv) minimized vegetable wastage in schools as well as in rural areas, v) improved timely supply of different vegetables to schools, and vi) improved nutrition for children.

Some of the challenges associated during SHFP are; i) Lack of awareness of SHFP in schools, ii) Some schools quote low price for perishable vegetable despite 110% increase in student stipend, iii) Lack of skills in vegetable cultivation and management, iv) Poor group management skills and record-keeping, v) Group conflict, vi) Meeting vegetable demand in off-season.

To address the challenges, RAMCO plans to conduct a study on the demand and consumption patterns of each school and hospital and share the information with the dzongkhag and FGs so that they can produce according to demand. Similarly, price and sales forecasts for major vegetables can be made to inform farmers in time about upcoming price fluctuations. This can help FGs and relevant agencies to negotiate the price with institutions when signing a contractual agreement. RAMCO as the nodal agency for the SHFP would conduct annual monitoring and evaluation involving stakeholders from the Ministry of Education, Dzongkhag Administration GNHC, and the Royal Audit Authority to streamline and strengthen the program.