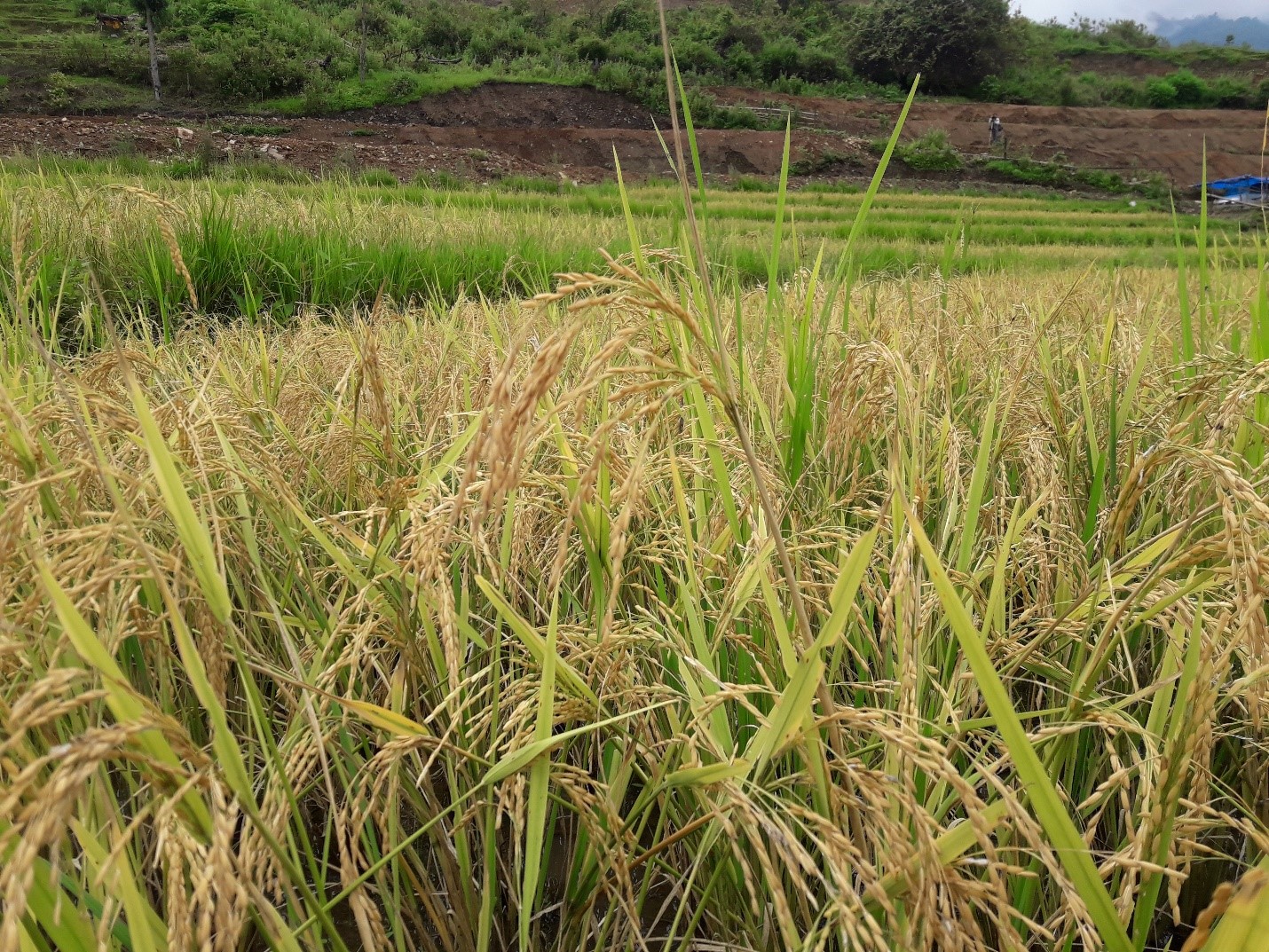 Rice is one of the most dominant staple food grains in Bhutan and plays an important role in the Bhutanese economy. Throughout the country, rice is grown in many households. It is referred to as a strategic commodity often associated with the security of the country, and a shortage in the domestic rice market can lead to food insecurity in the country.

Despite fluctuation in rice production tends over the year, the demand for its consumption continues to arise. Bhutan is importing almost 60% of rice from neighboring state to meet the growing requirements. Considering the current scenario, rice self-sufficiency rate in the country stands at 34% with per capita consumption of 404.18 gram per day (Agriculture Statistics, 2019). In an effort to increase rice self-sufficiency rate, the Department of Agriculture initiated various interventions of which Spring Paddy promotion (Sokha ray) was one alternative. The program targeted those potential communities which was prone to climate change and the places with higher incidence of poverty. In the east, the proper cultivation of spring paddy began in 2018 when ARDC-Wengkhar initiated on-farm performance trials where farmers participated in identification of promising cultivars (Biri-26, IR20913, Sticky, Samtenling sokha ray).

Spring paddy is usually cultivated in the lowlands during the spring season and harvested around the first week of June, at a time when farmers elsewhere begin rice transplantation for the normal season. This approach aims to use the scarce wetland for rice cultivation twice a year. In addition, these initiatives will strengthen rice diversity, which will allow fallow wetlands to be reclaimed and provide farmers with a wider choice of rice varieties. Moreover, the initiatives will also contribute towards achieving rice self-sufficiency in the country.

The introduction of spring paddy in the East overlapped with the inception of the ongoing Commercial Agriculture and Resilient Livelihoods Enhancement Programme (CARLEP-IFAD /MoAF), which provides financial support for inputs and technical knock-how through crop intensification and diversification programmes. 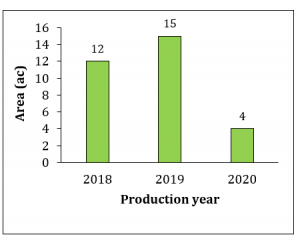 Since the varietal evaluation in 2017, the area under spring paddy has expanded from 12 acres in 2018 to 15 acres in 2019. However, the decline in acreage and production of spring paddy in 2020 was observed due to bird predation and the coincidence of the harvesting season with the rainy season, the major constraints that prevent farmers from taking up these initiatives. 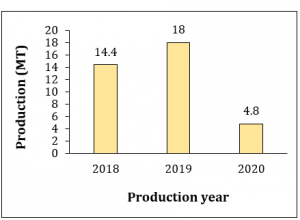 Moreover, spring paddy has a yield potential of about 1.2 tonnes per acres and the uptake of this initiative can help achieve rice self-sufficiency and improve the socio-economic condition of the community. Some of the beneficiaries’ reported that spring rice cultivation has already had a positive impact on their livelihoods as they now have to buy less rice from the market.

Intensification of spring paddy in eastern Bhutan is currently being supported with funds from the Commercial Agriculture and Resilient Livelihoods Enhancement Programme (CARLEP – IFAD / MoAF) to ARDC Wengkhar.