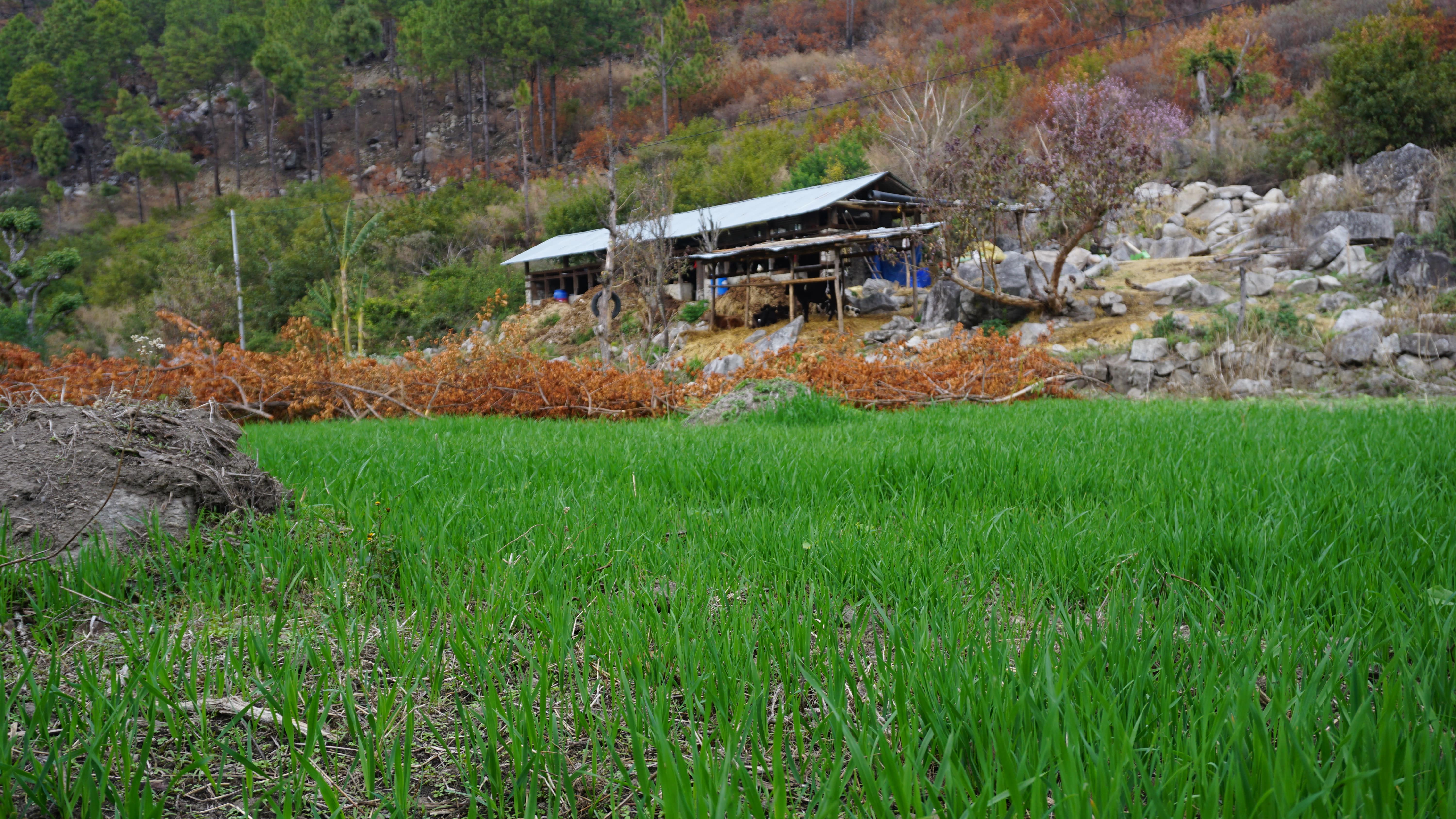 Zambala Om Deytshen was formed in 2015 by Durung community under Yangyeer gewog, Trashigang. The group consists of 14 households of Durung village. Initially, the group focused on the production of local butter and cheese owing to low milk production. Further, there was no market for fresh milk too.

However, the course of the group changed when Dzongkhag Livestock sector linked them to a dairy processing plant at Chenari (Koufuku International Limited) in 2016.  Since then the group earned a steady income through the sale of fresh milk to Koufuku. Currently, one of the group members transports milk to the dairy plant and the cost incurred in milk transportation is borne by the group members (each member contributes Nu. 700 every month to the group).

With a recent supply of 16 Nos. of milching cows (Jersey & Holstein Friesians), the milk production has increased from 190 litres per day to 300 litres per day. These improved breeds were supplied through CARLEP funding with co-financing from beneficiaries. The members availed PSL loan to co-finance the investment. The cost of a milching cow ranges approximately from Nu. 70,000 to Nu. 110,000. Through CARLEP, farmers were provided 30% subsidies, cattle insurance and transportation while remaining cost has been met through PSL loan. Gewog Livestock Extension in collaboration with Dzongkhag Livestock Sector provided technical support in quality breed selection, cattle stationing at quarantine and selecting disease free cows. These have encouraged the group to expand the dairy production.

CARLEP has also supported the construction of hygienic cattle shed (in the form of materials such as cement and CGI sheets) with labour and local materials as a beneficiary contribution.  The group was also provided other supports like chaff cutter and training on clean milk production techniques, farm record keeping and crop residue enrichment. The bulk chiller has also been installed for maintaining the milk quality. 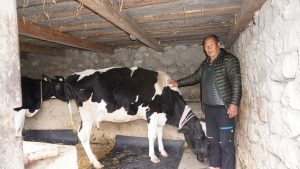 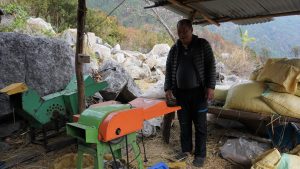 Sixty one years old Jigme, is the chairman of the group. He owns fourteen acres of land of which nine acres are exclusively used for fodder production. He looks after the cattle and manages the dairy group. With PSL loan and subsidy support from CARLEP, he recently purchased two Holstein Friesians cattle. Since then, milk production has increased from 40 litres to 70 litres per day. Besides the use of some of the cattle wastes to generate small amounts of biogas, he sells the cattle manure at Nu 4000 per tractor or exchanges them for fodder.

Prior to dairy production, he had started a poultry farm. Lack of proper management skills, insufficient feed, market inaccessibility and fluctuating climatic factors had led to the shutdown of his poultry farm. Unlike many farmers in his village, he believes that cattle farming is rewarding in terms of revenue regardless of the fact that it is labour intensive.

The dairy farm has not only enhanced the livelihood of group members but has also motivated many other farmers to start such businesses. “Apparently, our dairy farm is doing well. People appreciate our success and come seek us to learn our techniques and management skills acquired from the training. Now, the farmers are very interested and look forward to such trainings”, Jigme said. 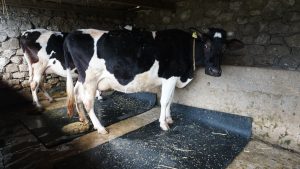