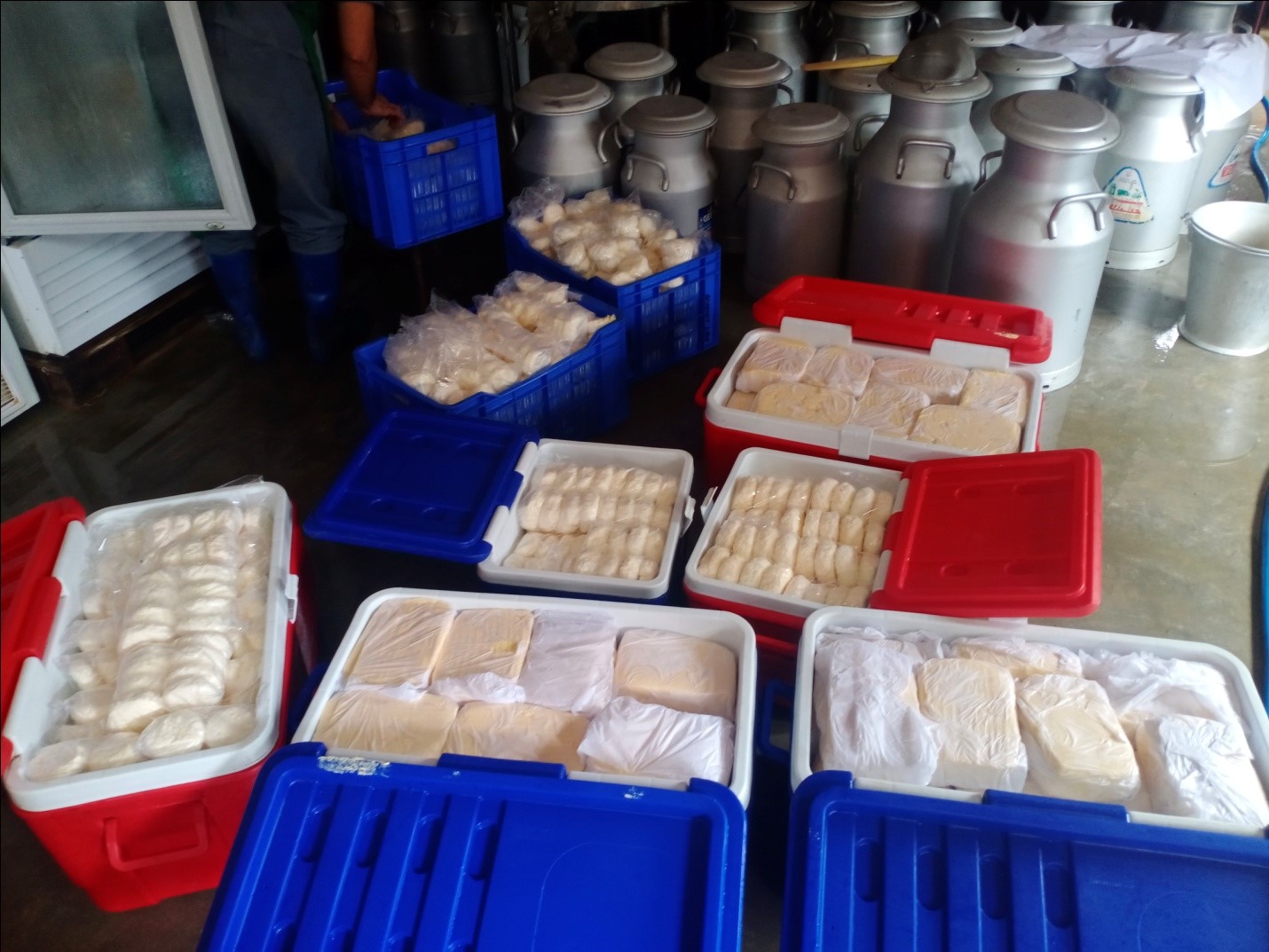 Although Pemagatshel Dzongkhag is well known for its dairy production, the livestock sector is also trying to boost its milk production through the mobilization of dairy farmers into dairy groups. One of the successful dairy groups in the area is the Terda Puensum Gonor Detshen. The group is located at the Woongchilo village under Nanong Gewog, Pemgatshel, 10km away from Trashigang-Samdrup Jongkhar highway and 12 km away from Gewog center.

On April 12, 2020, the group was created and established, with a well-equipped Milk Processing Unit funded by the CARLEP-IFAD. There are 64 members in the group, including 38 men and 26 women. Apart from agriculture, three large communities in the Woongchilo chiwog, Terphu, Woongchillo, and Geyri, were interested in dairy farming as a business venture through increased milk production, primarily for butter and cheese production. Furthermore, the lack of butter and cheese in the gewog has transformed the attitude of these farmers, driving them to aggressively engage in contemporary dairy production.

Initially, 71 liters of fresh milk were collected and delivered to a well-equipped milk collection center. To boost output, the livestock sector and gewog administration educated dairy group members about the CSI financing plan for rural livelihood development, particularly for livestock and agriculture. Following several consultations on obtaining a subsidized loan, 42 dairy group members stepped up and obtained a loan from CSI bank for dairy farming worth Nu. 77.7 million. Around 80 improved cows were imported by the dairy farmers, with some still in the process of livestock sourcing. Following that, the milk volume progressively rose to 500 liters per day. The provision of a 30% subsidy for the purchase of dairy cows has aided farmers much and encouraged many more dairy farmers.

Green fodder was a major issue for dairy farmers during the lean season, due to the intensive purchase of improved dairy cows. With funding support from CARLEP, dairy farmers were supplied oat seeds for 20(800kg) acres to meet fodder needs for dairy cows throughout the winter season. In addition, the gewog livestock sector has supported a large-scale fodder plantation to address the long-term fodder shortage for dairy cows. The group also received subsidized chaff cutters on a cost-sharing basis for fodder production.

Currently, the group collects around 400-500 liters of fresh milk each day, which is processed into butter and cheese. Four members of the group operate the milk processing unit and are paid Nu. 7000/- per month. Milk is sold at Nu.30 per liter at the farm gate and Nu.50 per liter at the local market. Dairy products are marketed to one central school and two primary schools in the gewog with the assistance of the gewog extension office. The surplus butter and cheese are sold in Pemagatshel, Wamrong, and Samdrup Jongkhar towns with butter at Nu.320/- per kilogram at the farm gate, and cheese at Nu.250/- per kg or 10 balls of cheese. In the first year of its operation, the group has set up Nu.1184001/- as a collective saving.

Terda Puensum Gonor Detshen’s dairy farming success does not stop here. The group plans to expand its MPU and increase its milk production target. The group plans to produce 600-700 liters of fresh milk per day by April 2022. As a result, a few members are considering expanding their herd and starting a semi-commercial dairy farm with a mass fodder planting initiative. To motivate operators and group members to perform better, the group has a plan to raise the farm gate price for milk, butter, and cheese as well as the payment for operators. Furthermore, the group is planning to start a yogurt production unit if the groups reach the required amount of fresh milk by next year.

The groups have benefitted tremendously owing to financial support from CARLEP-IFAD and technical assistance from the Dzongkhag and Gewog administrations, and as a result, the lives of pro-poor farmers in the rural community have improved.