17 commercial farmers of Autsho had their first tomatoes harvest on 14th June, 2017. About 70 kgs of tomatoes were harvested from a total cultivated area of one acre.

According to the coordinator Mr. Sherab, the tomatoes were sold at a farm gate price of Nu. 40 per kilo. The farmers are expecting to fetch even higher price in their next harvests.

Meanwhile, the commercial farmers of Autsho are also readying to market their chilies and water melon as the crops are maturing for the harvest. 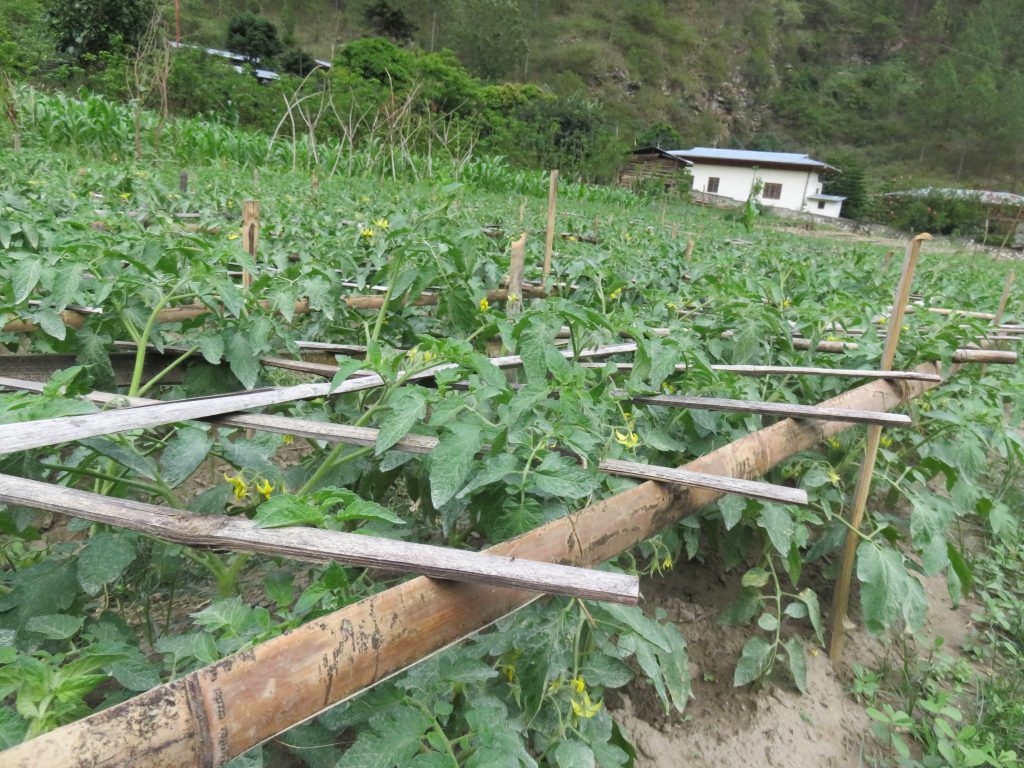 The 8 acres of land in Autsho is a commercial vegetable site promoted by the Dzongkhag Agriculture Office and ARDC (Agriculture Research and Development Center), Wengkhar under the fund support of CARLEP-IFAD.

CARLEP is promoting the commercialization of the vegetables in the eastern region to increase the economic returns of the individual farmers and also to contribute towards the national goal of vegetable self-sufficiency.