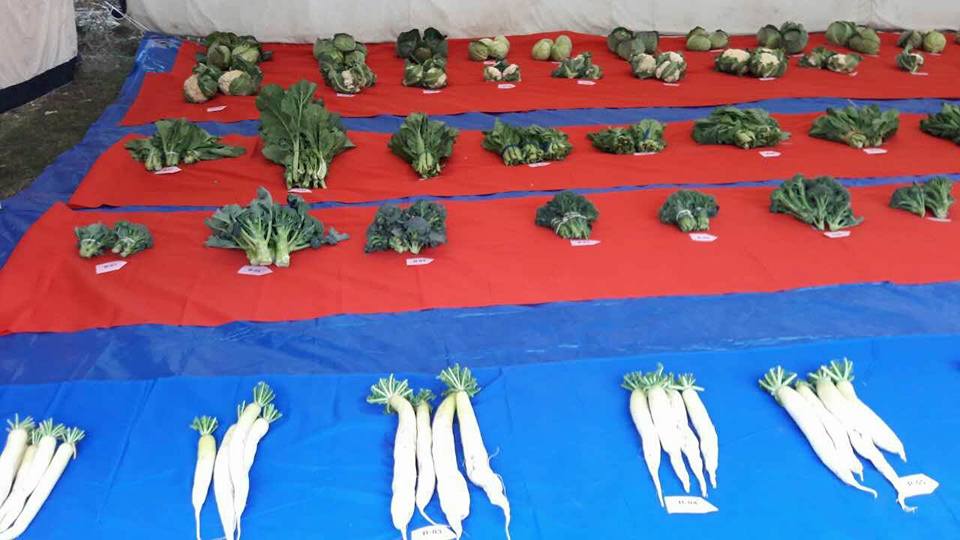 The day long vegetable crop fair was organized by Dzongkhag Agriculture sector, which is the first ever event the sector has organized. The main objectives of the event were to encourage farmers and early school leavers to take part in farming, to showcase the produces for what they have done and to exchange ideas among farmers on farming.

To mark the day, three farmers from each gewog were invited in the crop fair.  A total of 20 farmers’ (male: 11, female: 9) participated with their produce for the assessment. Five different crops viz; cabbage, broccoli, cauliflower, radish and mustard green were selected for the assessment.

A set of evaluation criteria was developed to overcome biasedness in the assessment. Vegetables owner were awarded the top three prizes individually by Hon’ble Dasho Dzongdag and other delegates after computing highest assessment scores. The participation honors were awarded to farmers who didn’t receive any prizes from the assessment.

Similarly, the livestock sector also demonstrated on the operation of chaff cutters to encourage the adoption of feed and fodder conservation practices. Public were made aware on how the use of chaff cutter will increase the palatability of fodder, the practices to store fodder in lean seasons, minimize the endo-worms and increase the nutritional status quo of paddy and maize straw. Upon the exhibition, it was observed that farmers were enthusiast in buying the chaff cutters.

The event which is expected to contribute in spearheading both vegetable and dairy value chain to enhance the livelihoods patterns of the farmers was financially supported from CARLEP-IFAD to the Dzonkhag for 2017-18 financial year.

-Compiled and edited by: Karma Wangmo