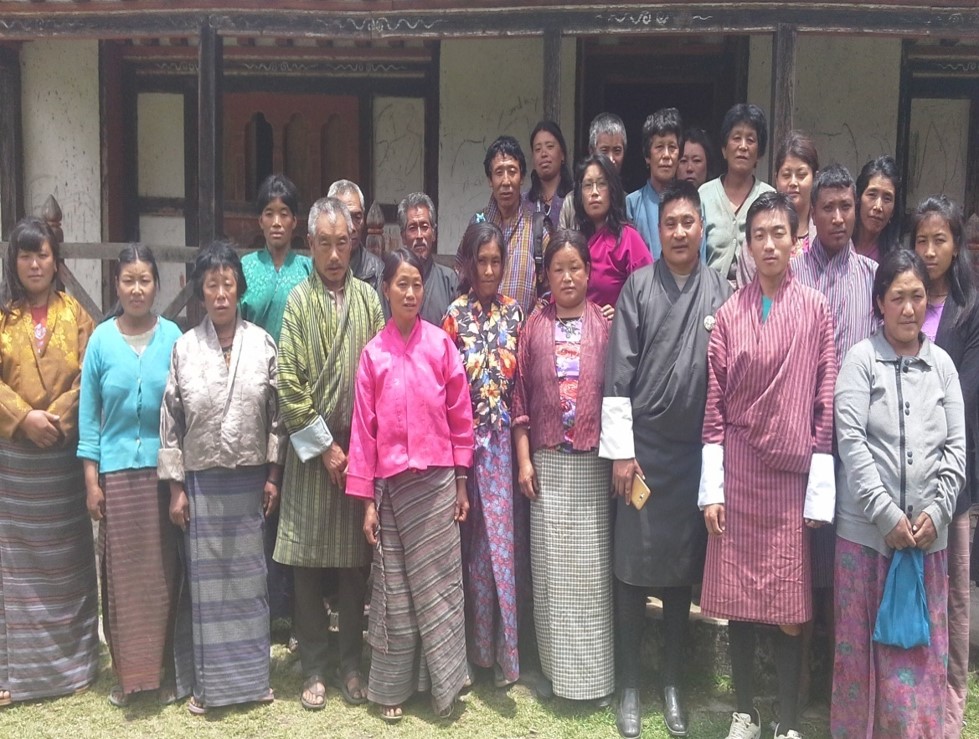 Trashigang Dzongkhag identified Jeri and Lemi as ‘Targeted intervention’ sites to be supported under CARLEP in 2016-17.

In order to explore and enhance the potentials of these two villages in terms of agriculture production, the Agriculture Extension of Khaling geog under Trashigang Dzongkhag facilitated the formation of Water User Association (WUA) in the village.

26 farmers (19 male and 7 female), who owns and depends on the wetland from Jeri and Lemi became the founding members of the Mindrupling WUA.

The WUA will now manage two sources of Khodordrang and Samayey irrigation water which are located at 1km and 0.5km respectively from the village center. They will also ensure efficient and equitable water distribution in 10.609 acres of farming wet land in the two villages.

The WUA formally started the operation from 15th May, 2017, after the members received the three days training on efficient management of irrigation water.

According to the Agriculture Extension Officer of the geog, Mr. Pema Wangchuk, “The formation of the WUA in the village is backed-up by the plans to grow the import banned vegetables next to paddy.”

The WUA formation and the user training were supported through the funding of CARLEP-IFAD to the concern Dzongkhag.