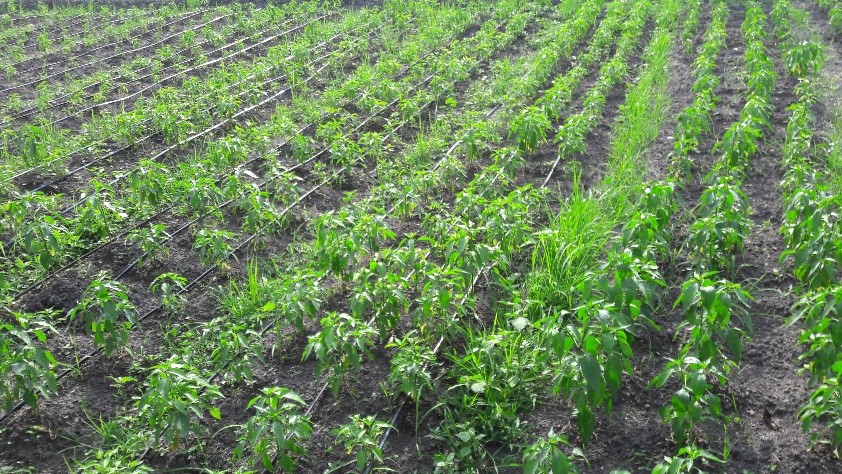 “Phuntshothang”, popularly known as Bangtar is located to the west of Samdrup Jongkhar with an area of 130.2sq.km. It shares its boundary with Assam in the south, Samrang and Pemathang in the east and Martshala to the north. The gewog has a sub-tropical climate, wet and humid summer with dry and cool winter with the altitude ranges from 200-650masl. The gewog consists of people from different regions due to the resettlement program. Phuntshothang gewog comprises of six chiwogs and 25 villages with 650 households. The paddy is the main staple crop. They also grow ginger, areca nut, and vegetables for selling.

The Department of Agriculture has initiated the winter chili program from 2017 to meet the demand during offseason and substitute the import of Indian chillies which content high chemical residue. Likewise, in Phuntshothang, 30 households started cultivation of organic winter chilli in 3.1 acres under the winter chili program. The chili cultivation has been implemented in three chiwogs i.e Belamsharang, Phuntshothang and Samdrupcholing under Phuntshothang Geog. With the fund support from CARLEP, chili growing households were supported with seeds, Flexible pipes, Drip irrigation sets, vermicompost and mulching plastics as shown in the table below.

The chilli is harvested manually from February to August.

The Gewog Extension agents provided farmers with awareness on the negative impact of non-organic vegetables that are imported from neighbouring countries. Along with that, more groups were formed to take up the winter chilli cultivation. In the year 2018, a total of 53 households including LUC, Dorangthang youth farmers started winter chilli cultivation. Subsequently, the cultivation of winter chilli increased to 5 acres from 3.1 acres.  With the fund support from CARLEP, the additional farmers were provided hybrid seeds, and mulching plastic for retaining moisture, reducing weed growth and to maintain the temperature during cold winter.

Note: This data is till May 2019 and there is still under fruiting stages

The farmers sell their produces at the local market in Tshangchuthama, schools and Samdrup Jongkhar town individually. This initiative has not only helped the individual farmers earn income but has also contributed to rural poverty alleviation. Therefore, it is expected to gear towards fulfilling the objectives of the Economic Development Policy of Bhutan to promote a self-reliant economy guided by the philosophy of Gross National Happiness.