Wrap-up meeting for IFAD and RGoB 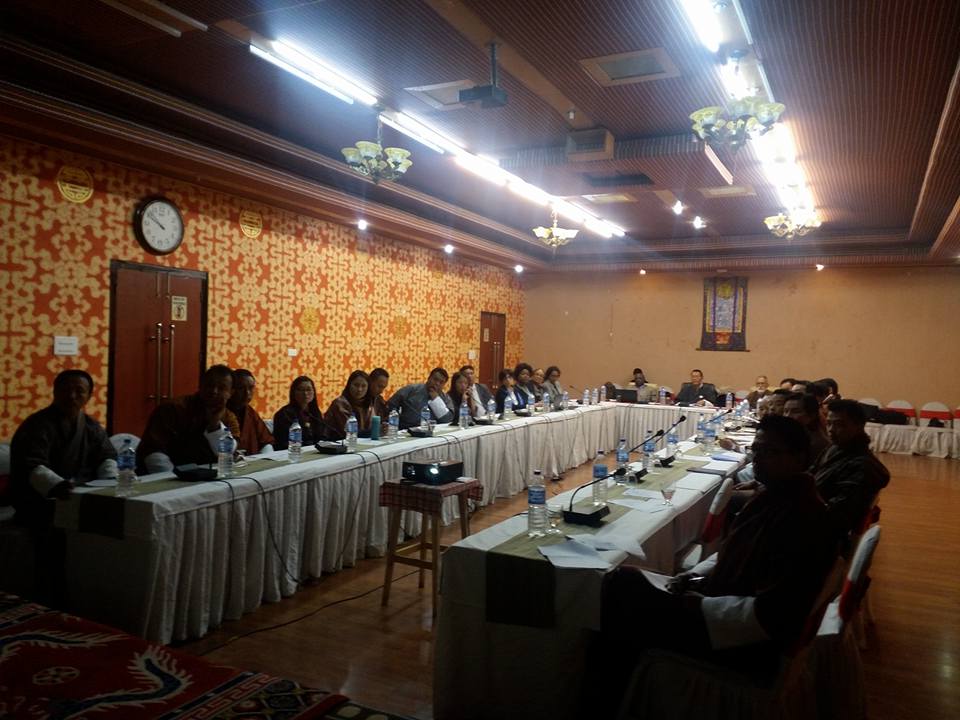 Honored by Dasho Rinzin Dorji, the Hon’ble Secretary of MoAF, the wrap-up meeting between RGoB and the joint/parallel IFAD missions for MAGIP PCR Validation and CARLEP Supervision was conducted on 31st October, 2016 at Migmar Hotel, Thimphu. The missions have been in the country since 15th October. While the CARLEP Supervision Mission team has been fielding some of the sites under Programme areas to supervise the CARLEP implementation in identifying the risks and opportunities, weaknesses and Strengths of CARLEP, MAGIP PCR validation Mission team has been validating the MAGIP PCR.

The wrap-up meeting was attended by the IFAD mission teams and was joined by the CPM, Ms. Laxmi Moola, sector heads from DoL, DAMC, DNB, RAMCO, DAMC, FCBL and the CARLEP team from OPM.

The wrap-up meeting this time marks the closer of MAGIP that has tenured in the six Eastern Dzongkhags for the last five years under IFAD Financing and also the opening of CARLEP which is a follow-up programme to MAGIP under the same financing house which will cater to the same six Dzongkhags in the initial phase of its seven years.