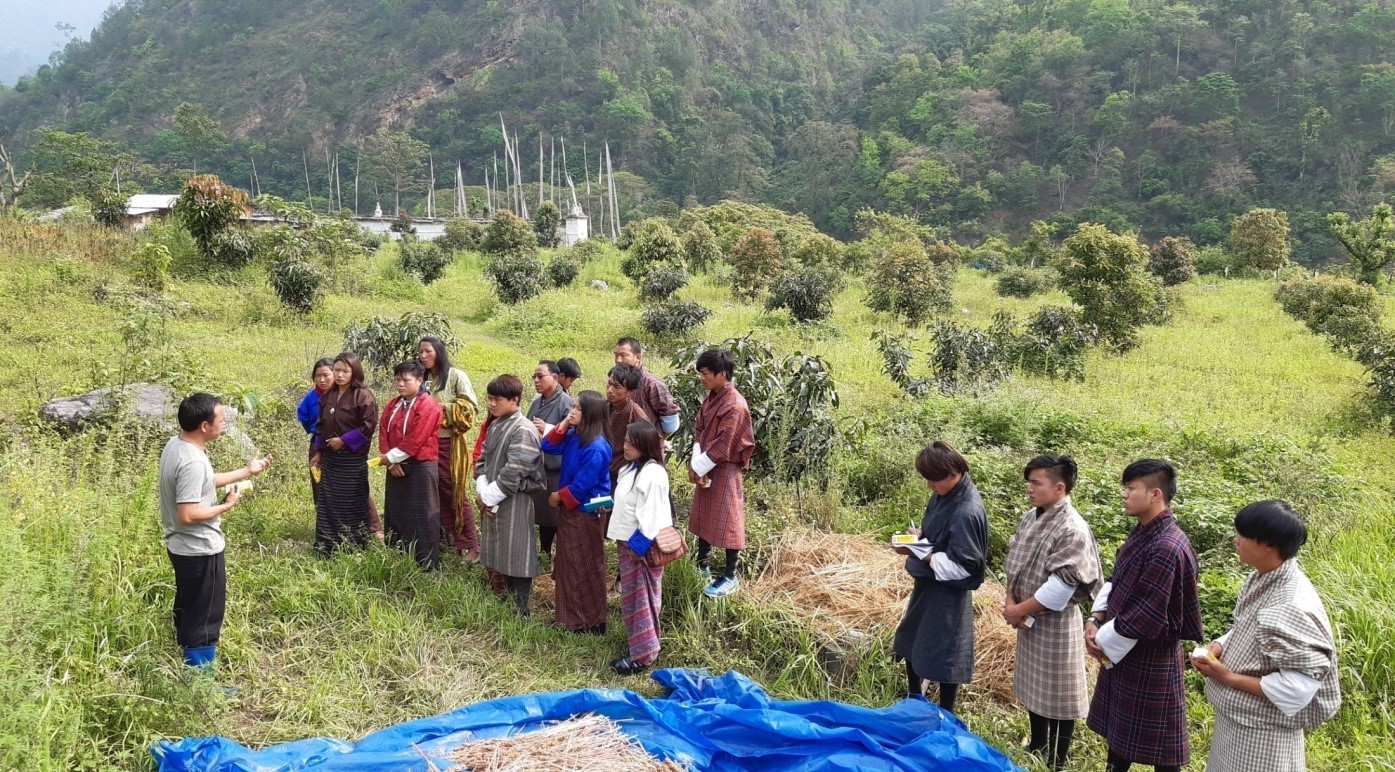 Yeshi Wangchuk, 33, is one of the exemplary farmers who have achieved success in agri-business.

In 2016, Yeshi left his job to start up his farm, which is now popularly known as Yangdhen Horticulture Farm at Jangdung, Saling gewog, Mongar at a total investment of Nu. 1.2 million ($18,000).

Yeshi started his orchard establishment with 175 fruit saplings on his 4.8 acres of ancestral land.  Unfortunately, all his saplings died due to poor management. Later he approached ARDC Wengkhar and the Mongar Dzongkhag Agriculture Sector to seek technical guidance and supports for integrated orchard farm establishment. Accordingly, Yeshi received support for seedling and installation of an automated drip irrigation system from the ARDC Wengkhar with funds from the CARELP – IFAD for the orchard establishment.

With technical assistance and supports, Yeshi achieved great success in integrated farming.  Today, Yeshi’s farm is integrated with 130 avocados trees, 120 mango trees, 300 passion fruit trees, 70 dragon fruit trees, 20 litchi trees and seasonal crops such as vegetables, watermelon, cereal grains such as maize and quinoa. He further plans to expand his cultivation on a leased land nearby the existing farm to enhance his income generation.

In 2020, Yeshi made an annual income of Nu. 2,14000 from the tree crops alone. He also made an earning from selling beaten maize and vegetables which is mostly spent for recurrent expenses in running the farm business, children’s education and purchasing household groceries.

Likewise, Yeshi makes a yearly contribution of Nu. 10,555 on Crop Insurance under the Royal Insurance Corporation of Bhutan Limited (RICB) to safeguard against the loss of his crops to natural disasters or other uncertainties.

Yangdhen farm is now a frequently visited farm by government officials, bank officials, youths and other farmers. At present, the ARDC Wengkhar and the Mongar Dzongkhag agriculture sector organizes the farmers’ exposure trip to his farm to share his experiences with other farmers under the Farmer-to-Farmer extension programs. Frequent visitors to his farm enable him to share his lessons and experience. 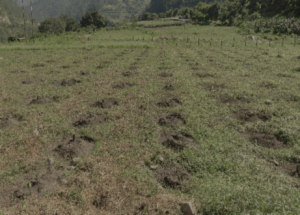 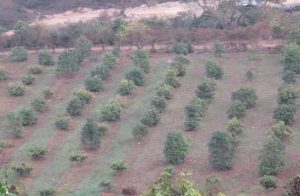